British businessmen eventually reduced the size of the front wheel and set the seat further back for the “Coventry Model.” Having the front wheel to both pedal and steer was still a problem, ultimately solved by a chain drive connecting the frame-mounted cranks to the rear wheel. These models, known as safety bicycles, were easier to maneuver, but their heavy tires made for a bumpy ride until the first practical pneumatic tire was introduced in 1888. This was quickly followed by the rear freewheel, which enabled the rider to coast, and coaster (or foot) brakes. Bicycles were finally pretty much like the ones you see on the streets today. 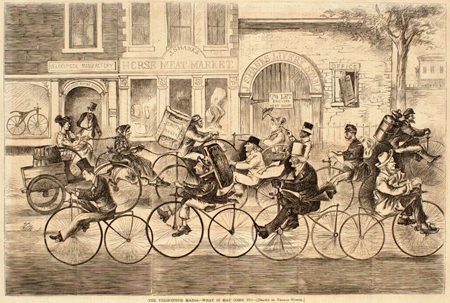 Thomas Worth | The Velocipede Mania--What It May Come To!, 1869 | Sterling and Francine Clark Art Institute Collection 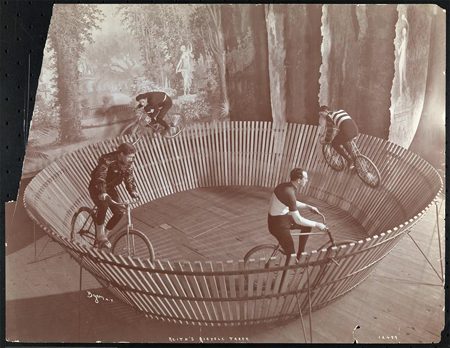 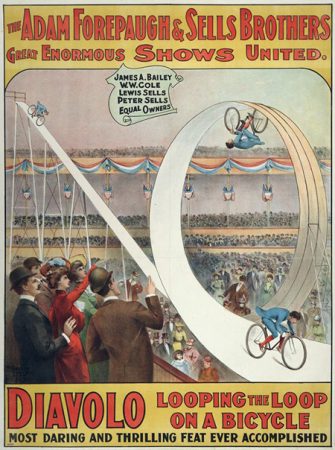 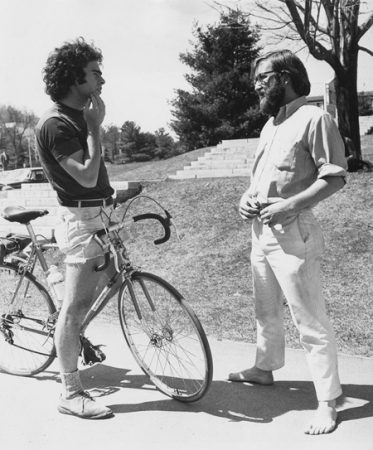 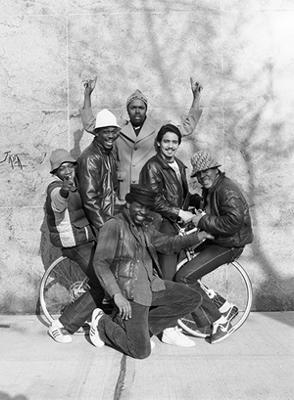 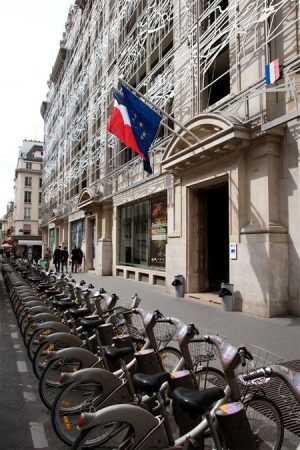 The images in this post include Henri de Toulouse-Lautrec’s poster, 1896, from Erich Lessing Culture and Fine Arts Archives; Amed T. Thibault bicycle shop Sign, 1895-1905, from American Folk Art Museum; Thomas Worth’s cartoon on “The Velocipede Mania,” 1869, from Sterling and Francine Clark Art Institute Collection; Byron Company’s photo of bicycle daredevils, 1901, from the Museum of the City of New York; Diavolo “looping the loop on a bicycle,” 1902-1904, from the The John and Mable Ringling Museum of Art: Circus Collection; a view of a rental bike rack outside Francis Soler’s Ministere de la Culture et de la Comunication in Paris from the ART on FILE Collection; and via Shared Shelf Commons, two anonymous hip students in the 1970s from Colby College: Colbiana Photographs and Joe Conzo’s photograph of The Cold Crush Brothers outside United Bronx Parents, ca. 1980-1981 from Cornell University’s Joe Conzo, Jr Archive.

Of course, bicycles continued—and continue—to evolve, with hand brakes, multiple gears, front (and even rear) suspension, etc. We don’t claim to have the latest models, but you can see Artstor staff’s bicycles on Facebook.