Byron Company, New York Association for the Blind, Two Children at Table, 1933. Museum of the City of New York

When I was a child in the mere single digits, my family sat down to a Twilight Zone marathon. It was my first time watching the show, and I was introduced to aliens, pig people, post-apocalyptic towns, and, most frightening of all, dolls that came to life.

It was the ventriloquist dummy and the chatty doll that gave me nightmares. Just remembering the line “My name is Talky Tina and I don’t think I like you” still gives me shivers. There’s something about those inanimate objects with their stiff movements, glassy eyes, and blank faces that creeps me out. 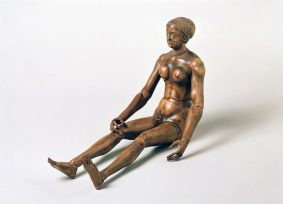 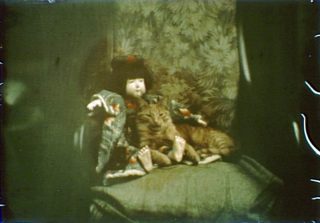 Arnold Genthe, Buzzer the cat lying on a chair next to a doll, between 1911 and 1919. Image and data from the Library of Congress Collection 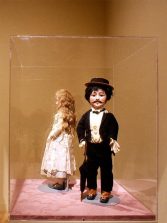 The Art of the Doll: German Character Dolls from the Gail Cook Collection, Exhibition on view: November 26, 1993-February 13, 1994, Dallas Museum of Art 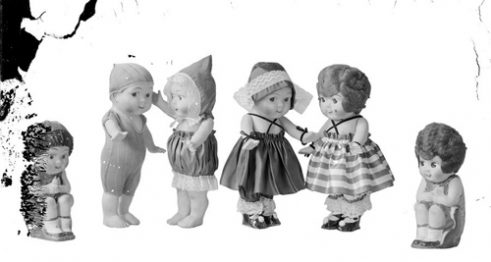 Coming up with a spooky theme for a blog post was easy, but performing a search for “doll*” in the Artstor Digital Library took some convincing. The images I selected come from Scala Archives, Berlin State Museums (Staatliche Museen zu Berlin), Library of Congress Collection, Museum of the City of New York, Detroit Institute of Arts, and the Dallas Museum of Art.