Anne McClanan, Professor of Medieval Art History at Portland State University and one of the winners of the Artstor Digital Humanities Awards, introduces us to Medieval Portland and describes the impact Shared Shelf [now JSTOR Forum] has had on the project.

When I moved to Oregon after years of medieval art history graduate training at more resource-intensive places, Harvard and Johns Hopkins, I worried whether I’d be able to continue the teaching grounded in first-hand observation and investigation of works of art that I think is central to the practice of art history. I plunged into the task of trying to figure out what medieval material was here, and gradually discovered several hundred items in collections across the Portland area (the number varies depending on how generously we want to define “medieval,” and we often reach into the early modern period).

Running since 2005, our site has gone through several iterations, but by far the biggest change has been our recent transition to Shared Shelf. Our Shared Shelf collection’s defining feature is that Medieval Portland presents original research pursued by students alongside that by advanced scholars. The students doing the research are from across my university, for I teach the course as a community based learning senior capstone within Portland State University’s nationally-recognized University Studies program. The Medieval Portland capstone provides students opportunities to critically engage with the past as well as to then produce resources that allow these objects to become better known and understood to the wider community. The capstone students soon realize that history isn’t an edifice to be committed to memory, but instead is an act of inquiry into the meaning of the past.

Roughly two hundred Medieval Portland capstone students over the last decade have, with mentoring, researched and written the entries such as this one on the Aldobrandini Triptych that are now in our Shared Shelf collection, and more items will continue to be added to Shared Shelf with each iteration of the capstone.

The students learn to think of their research as raw material that can be presented in many different formats, so in addition to the research entries that appear in Shared Shelf, they have created a wealth of other media such as photography, explanatory podcasts and video. This student podcast illustrates the interdisciplinary reach of the project, offering original research by an art conservation student in a PSU chemistry professor’s lab that analyzes one of our medieval manuscript’s pigments.

Likewise, students have reached out to the community and, using Medieval Portland resources, had an outreach event with local immigrant community showcasing the Ethiopian scroll we have at PSU. Other students even produced a walking map to local buildings with medieval-inspired design, and this map was then used as the basis for a local high school teacher’s field trip that explored the buildings. This architectural history research will be folded into our next phase of uploads to Shared Shelf.

Efforts to publish online manuscripts have highlighted prestigious works, leaving much of the past’s material culture underrepresented in various digital cataloging efforts. Medieval Portland instead brings together materials from disparate, generally underfunded Oregon institutions in one online hub. My academic home, Portland State University, is a diverse, urban university with almost 30,000 students. By contrast, another main institution involved, Mount Angel Abbey, is a small Benedictine seminary perched on a hill above Oregon farmland that happens to have the largest collection of books of hours in the Pacific Northwest. The Medieval Portland Shared Shelf Collection contains objects from a group of local institutions that are truly diverse—secular and religious, urban and rural, large and small. Moreover, it is precisely because many of the works in Medieval Portland are relatively modest that they have a distinct contribution to make.

The paucity of institutional resources meant that, at the start of the project, prior research on our objects consisted typically of only a few, brief cataloging notations. These works existed in a quiet oblivion, unlikely to be used in teaching. The late Sister Wilma Fitzgerald, a Pontifical Institute-trained medievalist, undertook basic cataloging of the manuscripts throughout the Pacific Northwest and graciously allowed her work to be included in Medieval Portland. Since then, we have added new resources as they have been created, such as the recent manuscript digitization project by Mount Angel Abbey. 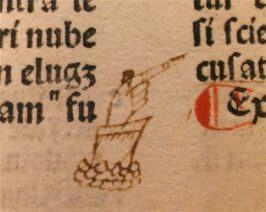 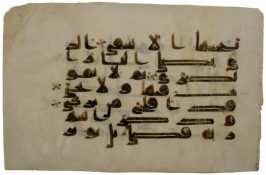 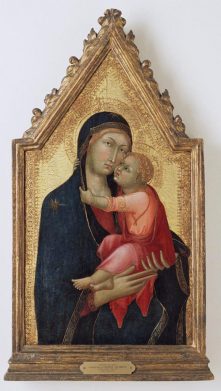 It’s been exciting to see ways the site has been used as a local resource. Several institutions have used Medieval Portland as a tool in strategic collection development, because with the database they have the ability to assess strengths and lacunae in regional resources viewed as a cohort.

With our transition to Shared Shelf we also adopted normative cataloging language, using Getty Vocabularies as well as VRA Core 4.0 metadata standards. Many of the detailed entries already include the information and vocabulary necessary to meet the minimum requirements of this schema, and this standardization will promote resource discovery—a key goal of the Medieval Portland project.

Thus Medieval Portland is in the middle of a transition. Now that the database has moved to the Shared Shelf Commons, the new site will present a broader range of resources: online thematic exhibitions, teacher guides, and a deeper coverage of the built environment of Oregon that engages with medieval paradigms. Many of the artworks vaunted in well-known collections of medieval art were produced for and collected by the elites of their time; the works recorded in the Medieval Portland Shared Shelf Collection are humbler, able to open up new worlds for both their original users and the students who study them now.