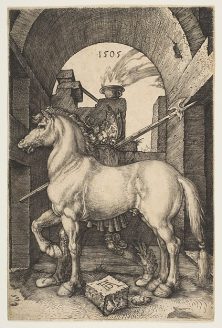 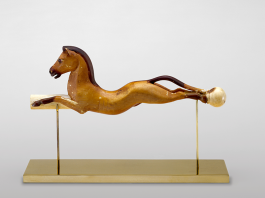 It is hard to fathom what Bryant and other founders of the museum and its early visitors would make of this. The New York financier J.P. Morgan, president of The Met during the early 20th century, was the collector whose unprecedented ambition and zeal led Americans into a golden age of museum-building. With an eclectic appetite and formidable resources, he amassed a vast private collection – Asian ceramics, paintings, medieval ivories, Egyptian antiquities – that looked forward to the current broad scope of The Met. His most significant gift to the museum was Raphael’s coveted Colonna Altarpiece, ca. 1504, the first work by the artist to enter the collection in 1916, along with hundreds of other works. Perhaps Morgan, more than any other founder, would grasp the significance of The Met’s mission as an immense repository for works of art representing global cultures.

Given the range and depth of The Met’s collection, one can choose a theme or a subject in art history and gather a sampling across cultures. In portraiture, a line can be drawn from antiquity through today, and illustrated with highlights: a jasper fragmentary Head of an Egyptian Queen, ca. 1352-36 B.C.E., Memling’s Maria Portinari, ca. 1470, an ivory Pendant Mask depicting the queen mother from the Court of Benin, 16th century, Ingres’ resplendent Princess de Broglie, 1851-53, and Sargent’s formidable Madame X, 1883-84. One could reprise this with countless themes and corresponding highlights from the collection.

The deeper and wider virtual reach of the open access initiative also permits us to inspect the otherwise unviewable – works that are not exhibited in the physical museum. For example, thousands of fragile drawings and manuscripts that have been restricted or unavailable are now exposed to scholars and students. We may now view van Gogh’s Wheat Fields, 1889, alongside a related drawing, 1888, a sculpture with a study, or different states of a print. Further, plentiful detail and alternate views present objects in their entirety, including surfaces and features that are hidden in a conventional exhibition context. 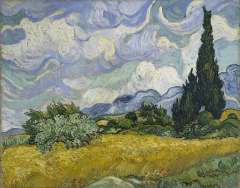 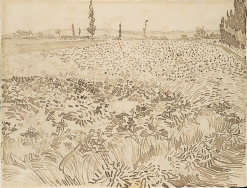 With the potential of open access, the “royal infant” of 1872, having already surpassed all fathomable expectations, is taking on new dimensions and embracing the future. We at ITHAKA and Artstor are honored to participate in this initiative.

1 Calvin Tomkins. Merchants and Masterpieces: The Story of the Metropolitan Museum of Art. New York, 1970, p. 30.

Related blog posts about The Met’s new image policy can be found on Digital Underground and Now at the Met.