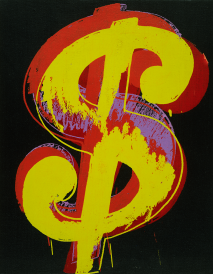 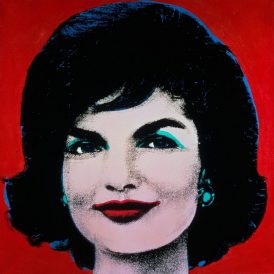 Michael Hermann, Director of Licensing at The Andy Warhol Foundation for the Visual Arts, explains how the Foundation’s collections in the Artstor Digital Library provide a comprehensive view of Warhol’s cultural impact–as well as insight into his personal life.

Thirty years after his death, Andy Warhol (1928-1987) remains one of the most influential figures in contemporary art and culture. Warhol’s life and work continue to inspire creative thinkers worldwide thanks to his enduring imagery, his artfully cultivated celebrity, and the ongoing research of dedicated scholars. His impact as an artist is far deeper and greater than soup cans and his prescient observation that “everyone will be world-famous for fifteen minutes.” His omnivorous curiosity resulted in an enormous body of work that spanned every available medium and most importantly contributed to the collapse of boundaries between high and low culture. The extensive Andy Warhol Foundation collections available on Artstor provide a thorough presentation of the prolific artist’s works in one place for the first time through more than 35,000* images inclusive of paintings, drawings, sculptures, prints, and photography spanning four decades.

The turbulent 1960s ignited an impressive and wildly prolific time in Warhol’s life which saw the production of many of Warhol’s most iconic works, including Campbell Soup Cans, Marilyn Monroes, Dollar Signs, Disasters, Brillo Boxes and Coca Cola Bottles. These familiar works are supplemented by a wide-ranging presentation of the provocative and ground-breaking works Warhol continued to create until his untimely death in 1987.

A deeper understanding of Warhol unfolds through the launch’s comprehensive view of the artist’s output starting with work he created during the 1950s when he was established as an award-winning commercial artist working for clients that included Columbia Records, Glamour magazine, Harper’s Bazaar, NBC, Tiffany & Co., and Vogue, among others. Since the majority of this material was still in Warhol’s possession at the time of his death, these provide a unique and rich depository of works from this vital period of Warhol’s career. 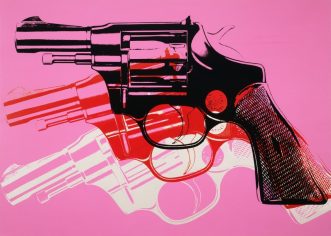 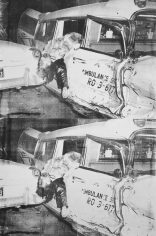 The remarkable highlight of the launch, however, is photography. Before Instagram, there was Andy Warhol. A skilled (analog) social networker, Warhol parlayed his fame, one connection at a time, to the status of a globally recognized brand. Decades before widespread reliance on portable media devices, he obsessively documented his life in tens of thousands of photographs. Warhol said, “A picture means I know where I was every minute. That’s why I take pictures. It’s a visual Diary.” As part of this collection, the Foundation is proud to introduce images of the more than 28,000 original Andy Warhol photographs that it gave to over 180 college and university museums and galleries as part of its 2007 Andy Warhol Photographic Legacy Program. That gift sparked interest, discussion and scholarship about the essential role photography played in Warhol’s artistic production — which will undoubtedly be amplified due to the availability of these works through Artstor.

The Andy Warhol Foundation collection is an unprecedented offering from one of the most prolific and influential artists.