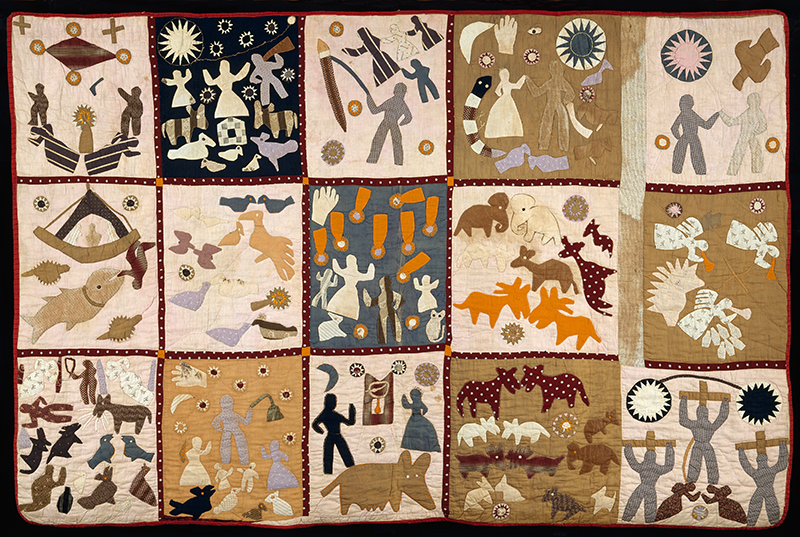 Of the two quilts created by Harriet Powers, historians believe she created the Bible Quilt first. The quilt presents tales ranging from Cain and Abel to the Last Supper. Harriet Powers’s second creation, the Pictorial Quilt, finds her going further, creating a potent juxtaposition of biblical stories along with real-life tales.

Powers provided a key for both of her quilts, explaining what each panel represented and allowing viewers to accurately understand what is depicted. 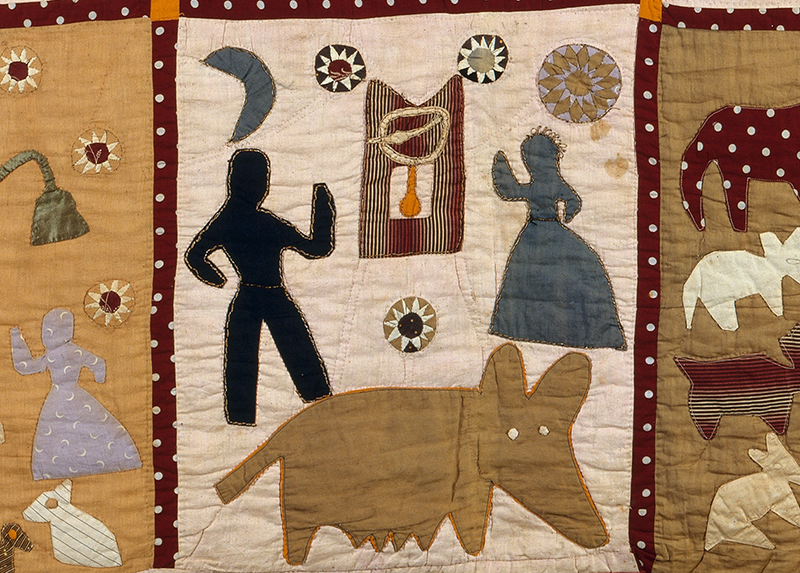 This panel, found in the middle of the third row, depicts “rich people who were taught nothing of God. Bob Johnson and Kate Bell of Virginia. They told their parents to stop the clock at one and tomorrow it would strike one and so it did. This was the signal that they had entered everlasting punishment. The independent hog which ran 500 miles from Georgia to Virginia, her name was Betts.” 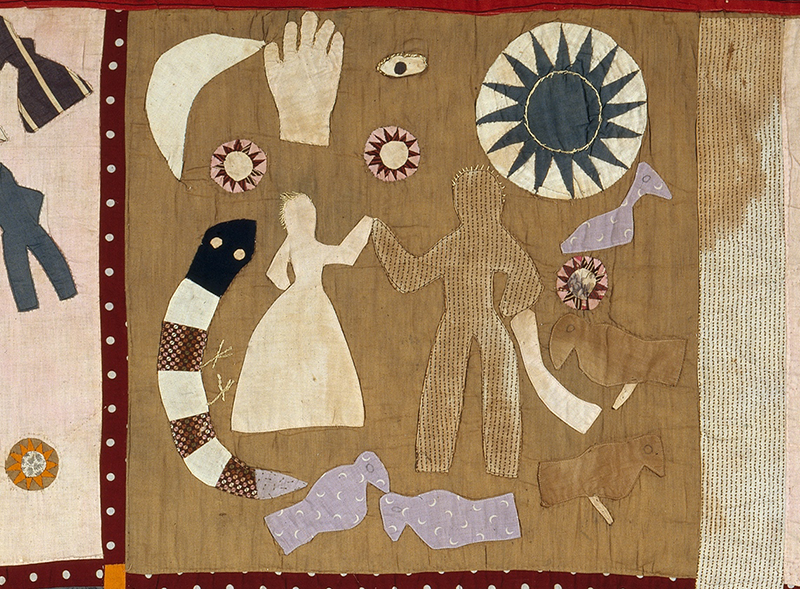 One panel on the top row depicts Adam and Eve in the Garden of Eden. Eve is tempted by the snake, Adam holds his rib, and “God’s all-seeing eye and God’s merciful hand” are present. 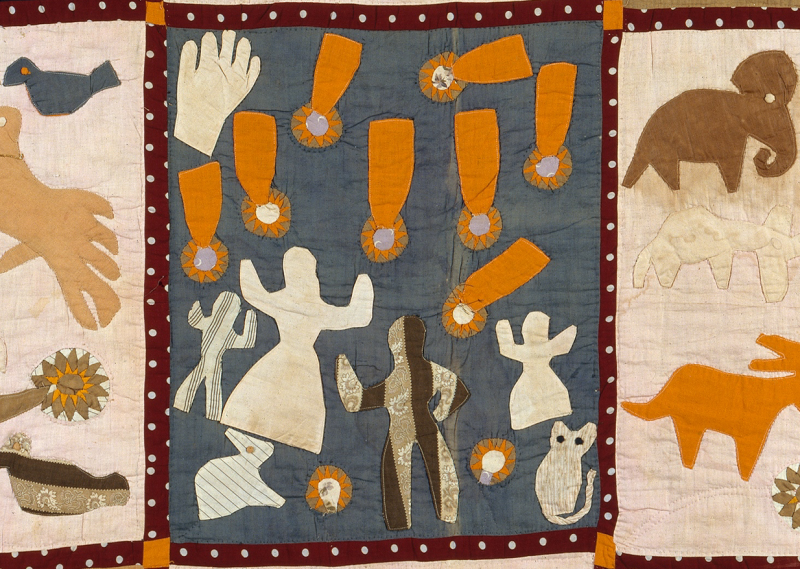 The panel in the center depicts a real event from November 13, 1833, in which falling stars made people fear that the end of the world had arrived.

Powers’ Pictorial Quilt, part of the Museum of Fine Art in Boston collection in the Artstor Digital Library, is represented along with close-ups of various panels, each telling its own story with a limited number of abstract images. You can also find images of Harriet Powers, providing a glimpse of the creator herself.

You may also be interested in: Speaking for women’s suffrage through a quilt