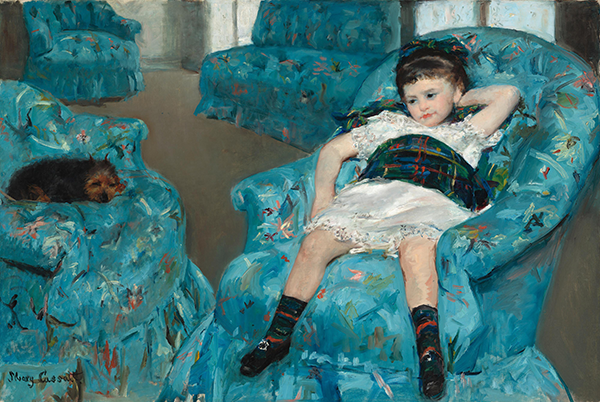 Alexis Gouin captured this bourgeois scene in 1850. His daguerreotype provides a glimpse into this Parisian world as a wealthy woman poses with her small dog resting its head in her lap. 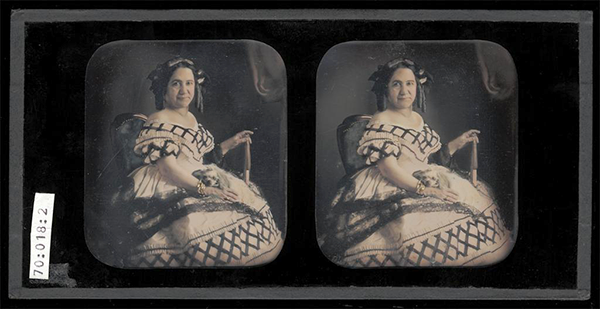 Alexis Gouin. Portrait of a woman with a dog. ca. 1850. George Eastman House

French Impressionists began depicting the domestic world, and inevitably this included the bourgeoisie’s four-legged pals. One of the most enigmatic works depicting a dog in the domestic world is Mary Cassatt’s Little Girl in a Blue Armchair (1878). Like many of Cassatt’s works, this painting depicts the interior world of an upper-class family.

Dogs are found in many of the works of Cassatt’s contemporaries as well. Pierre-Auguste Renoir portrayed a mother, her two daughters, and the family dog. One of the daughters sits on the large animal, giving it the appearance of furniture, existing somewhere between a household object and a member of the family. 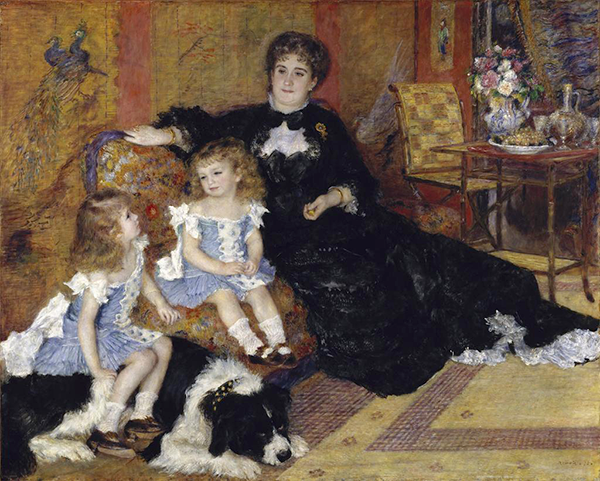 Both Renoir and Edouard Manet created portraits of Tama, the art collector Henri Cernuschi’s Japanese Chin, in a similar vein to those created for human patrons. In Manet’s work, the emotive Tama towers over his toy, looking larger than life. Renoir depicts Tama much more regally, as the dog stands tall, his mouth closed and looking afar. Both portraits create a sense of importance for Tama, honoring and humanizing the scruffy pooch. 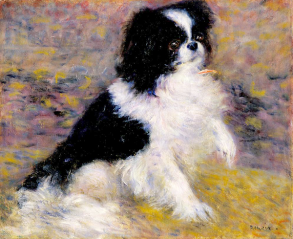 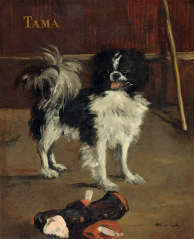 These are just a few of scores of images created in France during the late 19th century, and just a small portion of all dogs portrayed throughout art history. Search the Artstor Digital Library for dog* (the asterisk serves as a wildcard to also find the plural dogs) to discover thousands of more canine-inspired works.