Now available: new images from the Museum of Anthropology at the University of British Columbia The Museum of Anthropology at the University of British Columbia and Artstor have released approximately 75,000 images of art and cultural objects from the museum’s  permanent collection. Highlights of the collection illustrate the diverse and creative  heritage of the Indigenous peoples of Canada, as exemplified by a Transformation Mask of the Gitanyow people c. 1870, a Haida Dance Tunic, and standing Bear from the North West Coast of British Columbia. The Museum of Anthropology (MOA) is a place of world arts and cultures, with an emphasis on the First Nations peoples and other communities of British Columbia. The Museum is built on traditional, ancestral, unceded land of the Musqueam people, and strives to maintain its close relationships with cultures in British Columbia and from around the world. The museum includes more than half a million objects, both ethnographic and archaeological, with an emphasis on West Coast and First Nations, and Haida people, such as the monumental Totem pole, c. 1870, of a Tlingit carver, or the elegant Silver Bracelet, c. 1900, made by the Haida artist Charles Edenshaw. 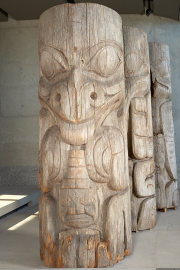 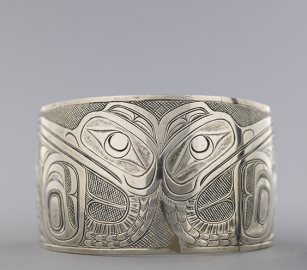 Nonetheless the collection is global, including a high percentage of Asian objects, South Pacific, and even some European arts. The range may be illustrated by a series of feather headdresses, each from a different culture: a peaked diadem-like crown from Quito, Ecuador; a brilliant plumed cap from Cameroon; and a cascading chief’s bonnet from Alberta, Canada. 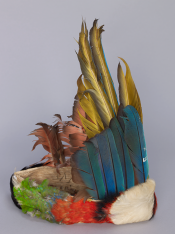 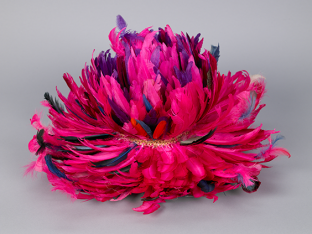 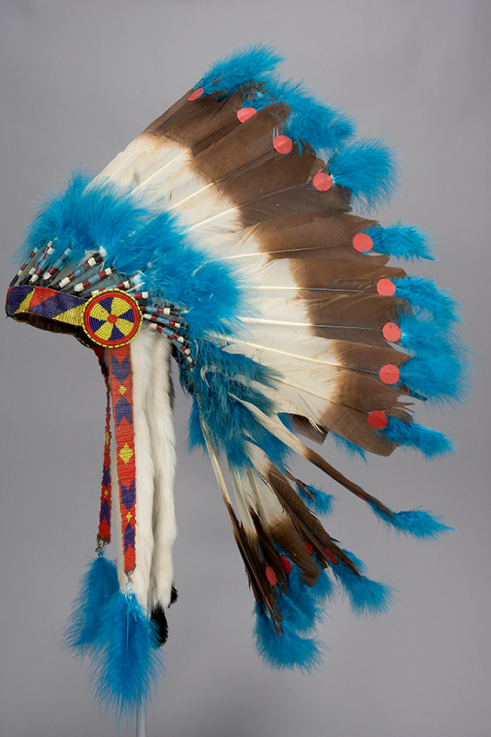 MOA’s status as both a public and a research and teaching museum provides a range of exhibitions and events that cut across traditional disciplinary divisions. The Museum collaborated with First Nations and other global communities arranging works according to Indigenous criteria where engagement is possible.

MOA is a partner in the Reciprocal Research Network, a knowledge-sharing cooperative that holds hundreds of thousands of cultural items from more than 25 institutions, and that continues to be co-developed with local First Nations.

This collection provides a comprehensive resource on the art of First Nations and other Indigenous peoples, as well as Anthropology and Identity Studies.

Learn more in the Museum of Anthropology at the University of British Columbia page in Artstor.

The images from MOA are being released as part of a thematic launch on material culture and anthropology which also includes an extensive selection from the Peabody Museum of Archaeology and Ethnology, Harvard University, and a collection of African art and Aboriginal paintings from Australia from the Musée du quai Branly (Réunion des Musées Nationaux).

New: Additional images from the Minneapolis College of Art and Design (MCAD)