The Réunion des Musées Nationaux (RMN), and Art Resource are contributing nearly 1,400 images of works from the Musée du quai Branly-Jacques Chirac to the Artstor Digital Library. The selection of images available in Artstor from this collection of global, non-Western art from pre-history to the present centers on the outstanding African collections, and also includes a selection of Aboriginal paintings from Australia, as well as other varied works.

The diversity of African cultures represented is illustrated by a limited sample: a Mask Headdress with a Shark from the Ijo people of Nigeria; a Magic Zoomorphic Statuette, before 1892,  from the Kingdom of Loango (now part of the Republic of the Congo); and a panel from the Gate of the Royal Palace at Abomey, c. 1889, Kingdom of Dahomey, Benin. The selection in Artstor also includes brilliant examples from other cultures such as a feather Poncho from the Inca, c. 1500, and a tiny animal/man hybrid Figurine from the Inuit. 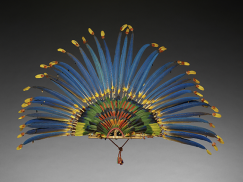 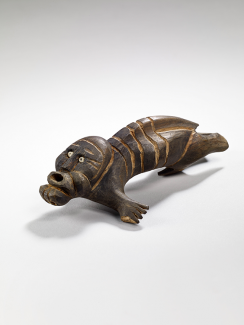 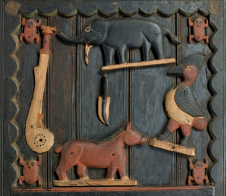 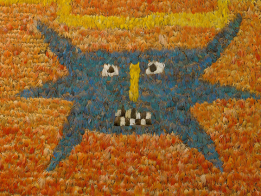 The Musée du quai Branly (MQB) opened in 2006, combining the collections of two earlier institutions: the “Musée de l’Homme” (Museum of Man) and the “Musée national des Arts d’Afrique et d’Océanie” (National Museum of African and Oceanian Art). With nearly 400,000 objects, the MQB is one of the most notable and comprehensive institutions dedicated to the study, preservation, and promotion of non-European arts and civilizations. It represents the arts and cultures of Africa, the Americas, Asia, Oceania, and the Middle East, from the Neolithic period through to the 21st century.

The MQB was designed by Jean Nouvel and it is set in an expansive public garden created by Gilles Clément.

The Réunion des Musées Nationaux is a consortium under the trusteeship of the French Ministry of Culture and Communication. It partners with numerous museums and exhibition venues to acquire works of art, organize exhibitions, publish catalogs and monographs, distribute editorial and commercial products, and promote collections. The Agence photographique de la Réunion des Musées Nationaux produces the inventory of the French museums’ permanent collections and conducts annual photographic campaigns on behalf of museums and other institutions. It is the leading photo agency in France and one of the top ten in the world in the field of visual arts and museums. There are many other RMN collections in Artstor, included under the title Réunion des Musées Nationaux.

Art Resource is the exclusive representative for RMN in North America and it is the world’s largest stock photo archive of fine art, serving as the principal source of images for commercial and scholarly publications in the United States.

This collection provides a rich resource on the art of Africa and other indigenous cultures, as well as Anthropology and Identity Studies.

The images from the Musée du quai Branly are being released as part of a thematic launch on material culture and Anthropology which also includes extensive selections from the Peabody Museum of Archaeology and Ethnology, Harvard University, and the Museum of Anthropology at the University of British Columbia.