The selection in Artstor demonstrates the quality of the collection and provides an eclectic survey of American art from colonial to contemporary. The genre of landscape may be glimpsed over time, as with Frederic Edwin Church’s Andes of Ecuador, 1855; Grant Wood’s Spring Turning, 1936; and Joseph Stella’s Tree, Cactus, Moon, 1928. 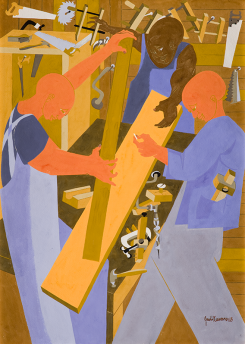 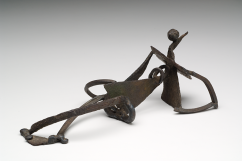 David Smith. Reclining Figure. 1935. Image and original data provided by Reynolda House Museum of American Art. Art © Estate of David Smith / Licensed by VAGA, New York, NY. This work of art is protected by copyright and/or related rights and may not be reproduced in any manner except as permitted under the Artstor Terms of Use without the prior express written authorization of VAGA, Tel: 212-736-6666, Fax: 212-736-6767, email; info@vagarights.com. 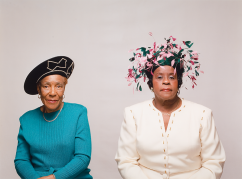 Established in 1967 and now affiliated with Wake Forest University, the museum marks two anniversaries in 2017—the 50th of its founding and the 100th of the completion of its estate—with major exhibitions and events. The complete Reynolda experience includes Reynolda Gardens, walking trails and wetlands, and Reynolda Village, an eclectic mix of shops and restaurants in many of the estate’s original buildings.

Learn more on the Reynolda House page in Artstor.

The collection from Reynolda House is being released as part of a thematic launch on decorative arts and Americana which also includes selections from the following institutions: The Corning Museum of Glass, Majolica International Society, and the Colonial Williamsburg Foundation.