The New-York Historical Society (New-York Historical) is contributing more than 21,000 images from its museum and library collections to the Artstor Digital Library. The selection encompasses many aspects of the combined resources of the New-York Historical, including highlights across the diverse collecting areas—American paintings, sculpture, prints and drawings, decorative arts and artifacts, and historical photographs. 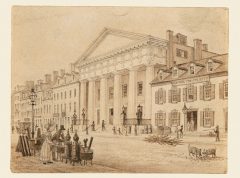 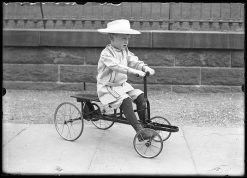 The Library’s expansive contribution of nearly 20,000 photographs of New York City and its surroundings offers richly described views of residences both grand and modest, as well as celebrity portraits and captivating scenes of everyday life. Elephants tromp through Central Park, Buffalo Bill poses, and Storm King Mountain majestically rises from the Hudson River. The Museum’s contribution of over 1,200 works reflects New York’s colonial heritage, with numerous works by early artists hailing from the Netherlands and England. New York’s harbors and Niagara Falls are popular motifs, as well as portraits and busts of political figures such as Alexander Hamilton and Abraham Lincoln.

Founded in 1804, the New-York Historical is the city’s oldest museum. Through the presentation and interpretation of its permanent collections as well as special exhibitions and public programs, the museum explores the history and culture of the city, the state, and even the nation. 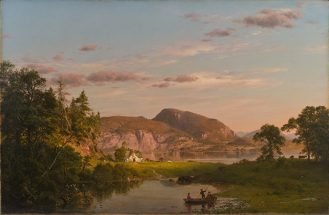 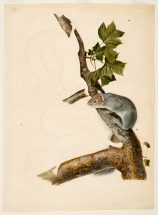 The diversity of collections provides a faceted view of New York’s urban and our national cultures. The art holdings consist of more than 1.6 million objects, mostly American, including a collection of Hudson River School paintings, iconic genre and history paintings, a variety of portraits, all of John James Audubon’s preparatory watercolors for Birds of America, and 800 works of representational sculpture.

The Henry Luce III Center for the Study of American Culture supports the exhibition and interpretation of the museum’s collections, displaying approximately 40,000 items, mostly decorative arts—including an exceptional selection of lamps and objects by Louis Comfort Tiffany.

The Patricia D. Klingenstein Library contains more than three million books, photographs, architectural drawings, and diverse printed materials. It is an important resource on the early history of the nation, with exceptional holdings of eighteenth-century newspapers; outstanding materials documenting slavery and Reconstruction; and an excellent collection on the Civil War. Other plentiful resources support studies in American history and society, literature, and popular culture.

The selection from the New-York Historical Society is part of a thematic launch of New York based collections which also includes the following contributors: the Museum of the City of New York; The Morgan Library & Museum, and the Solomon R. Guggenheim Foundation.

View the full collection in the Artstor Digital Library or learn more at the New-York Historical Society collection page.