Now available: more than 2,600 images from the Renaissance Society at the University of Chicago The Renaissance Society at the University of Chicago now offers more than 2,600 images* of modern and contemporary art in the Artstor Digital Library.

Founded by faculty members, the Society is an independent, non-collecting museum that combines the experimental with serious inquiry. Since its inception in 1915, the Renaissance Society has stayed true to its original mission to “stimulate study of the art of the present time, the new renaissance.”1 Their recent centennial highlighted some of their “discoveries”—artists who became well known after shows at the institution; these include such leading figures as Paul Klee, Diego Rivera, Louise Bourgeois, Jeff Koons, and Kara Walker. Highlights from the early years are Fernand Leger’s inaugural exhibition in the U.S., as well the emerging work of László Moholy-Nagy, Isamu Noguchi, the Blue Rider group, among other groundbreaking artists. 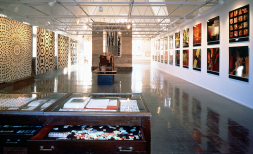 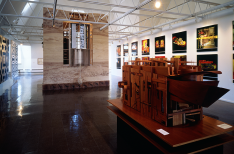 One of the most important venues in the Midwest for the presentation of avant-garde art, the Renaissance Society is a unique institution in Chicago. Known locally as the Ren, the Society also sponsors concerts, performances, film and video screenings, poetry and fiction readings, and lectures with supporting publications. It has more plans for community involvement in the future, according to executive director Solveig Øvstebø. “The Ren is a place where members of the University community can engage actively and directly with the work of international artists, scholars, writers and other practitioners.”2 As it enters its second century, the Society seeks to act as a laboratory, encouraging experimentation, stimulating fresh ideas and presenting projects that often would not be possible in a commercial gallery or larger museum. The Renaissance Society collection is being released as part of a thematic launch on contemporary regional museums in the community that also includes the Mattress Factory,  the Menil Collection, Glenstone, the Albright-Knox Art Gallery, and the Phillips Collection.

View the collection in the Artstor Digital Library, or learn more at the Renaissance Society collection page.