Now available: more than 200 images from the Menil The Menil Collection (the Menil) is contributing approximately 200 images* of highlights from its permanent collection to the Artstor Digital Library. The selection reflects the diversity of the collection and ranges from African, Etruscan, and Native American objects through Russian icons, Surrealist paintings, and contemporary installations.

The range of work in the museum’s holdings is well represented in the Artstor collection. John and Dominique de Menil acquired art by many of the leading names of the 20th century, such as Jackson Pollock, Jasper Johns, and Robert Rauschenberg. They were early champions of the Surrealists: Rene Magritte is a key part of the collection, and they hold one of the most significant groups of works by Max Ernst. Users will also find Yves Tanguy, Man Ray, and Giorgio de Chirico, as well as modern artists who continue to explore Surrealism’s legacy, such as Maurizio Cattelan. 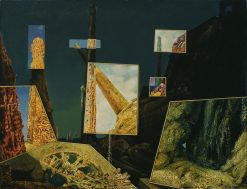 The dynamic collection has also kept up with influential voices of recent decades such as Andy Warhol, Jean-Michel Basquiat, Richard Serra, Kara Walker, and Francis Bacon. Less traditional works are from cultures from different eras and locations. These reflect Dominique de Menil’s broad view of culture; her hope was to create a museum that will continue to develop into a “permanent celebration” of art.1

The Menil opened in 1987 to house the collection of John and Dominique de Menil in a groundbreaking building by Renzo Piano in an “art neighborhood” in Houston. Currently, the neighborhood consists of a main building for exhibitions and the permanent collection, two more dedicated to single artists (Cy Twombly and Dan Flavin), and a third for temporary installation projects; a fourth building designed by Johnston Marklee is under construction for a drawing institute. The Menil’s mandate is to present its permanent collections and to feature contemporary exhibitions and artists’ projects within a sympathetic context of contemplative interaction. In keeping with the egalitarian beliefs of its founding patrons, the Menil charges no admission fee. 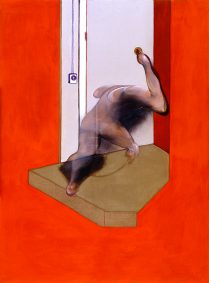 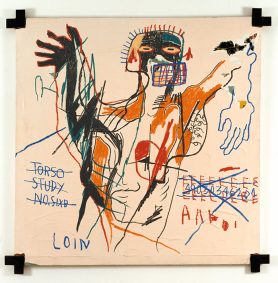 Assembled over the course of many decades by the de Menils, the collection is recognized both for its quality and depth as well as its unique presentation and eclecticism. An actively collecting institution, the Menil contains global holdings, from prehistoric times to the present, comprising approximately 17,000 objects. As modernists, the de Menils recognized the formal and spiritual connections between contemporary works and those of ancient and indigenous cultures and they enhanced their primary collections of modern western art with objects from other times and civilizations.

The de Menils began collecting in the 1940s, amassing thousands of paintings, sculptures, prints, drawings, photographs, functional items, and rare books. A core strength of the growing collection was European art, including Cubist and School of Paris painters such as Fernand Léger, Henri Matisse, and Pablo Picasso. By the 1960s the de Menils had gravitated toward the major American postwar movements of Abstract Expressionism, Pop Art, and Minimalism.

The selection from the Menil Collection is being released as part of a thematic launch on contemporary regional museums which also includes The Phillips Collection, Glenstone, the Albright-Knox Art Gallery, Mattress Factory, and the Renaissance Society at the University of Chicago.

View the collection in the Artstor Digital Library, or learn more at the Menil collection page.

1 Soul Searching at a Private Pantheon of Art; Menil Collection in Houston Grapples With Its Identity Under New Leadership by Stephen Kinzer, Jan. 31, 2001.