Now available: more than 3,000 images from The Phillips Collection The Phillips Collection has contributed more than 3,000 images* to the Artstor Digital Library featuring a comprehensive selection of works from their holdings of Impressionist, modern, and contemporary art.

This Artstor collection offers users numerous opportunities to trace the influences of major artists working in the 20th century. For example, with more than a dozen works by the color theorist Paul Klee available, users may explore his impact on such modern masters as Jackson Pollock, Robert Motherwell, and Kenneth Noland. 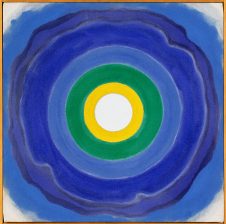 Kenneth Noland. April. 1960. Image and original data provided by The Phillips Collection. Art © Estate of Kenneth Noland / Licensed by VAGA, New York, NY. This work of art is protected by copyright and/or related rights and may not be reproduced in any manner, except as permitted under the ARTstor Digital Library Terms and Conditions of Use, without the prior express written authorization of VAGA, Tel.: 212-736-6666; Fax: 212-736-6767, email: info@vagarights.com. 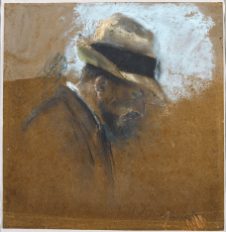 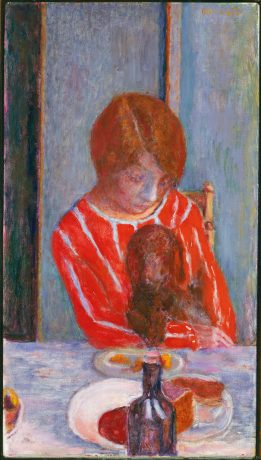 Similarly, one can trace the impact of many Impressionists here, like Vincent van Gogh and Edvard Munch, through post-Impressionists such as Edouard Vuillard and Pierre Bonnard (the collection offers a major retrospective of his work) and onwards to avant-garde artists who fused these styles, like Expressionist Wassily Kandinsky, Fauvist/Cubist Georges Braque, or the abstract painter Gerard Schneider. 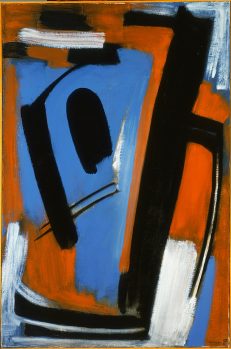 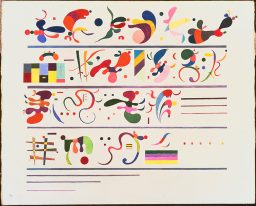 One can also trace influences outside of formal artwork, as with the social realist Jacob Lawrence. Although he dubbed his style “dynamic Cubism,” he was said to be primarily affected by the colors and shapes of his native Harlem in his work. Many of the panels from his landmark Migration Series, the depiction of the mass movement of African Americans from the rural South to the urban North, are available here. With so many major works from the 1600s to the 21st century included, there are numerous opportunities for investigation in this eclectic collection. When asked about the primary consideration for such a wide range of paintings, Mrs. Phillips noted the key component in all of the works acquired was “The spirit of life.”1 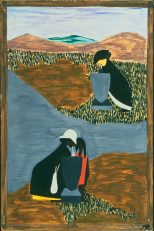 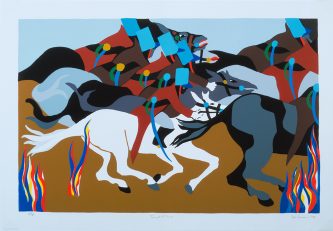 In 1921, the museum opened to showcase the collection of Duncan Phillips (1886 – 1966) in his residence near Dupont Circle in Washington, D.C. It was the first museum of modern art in the United States. Phillips built his collection on the premise that artists are influenced by their predecessors, purchasing works by El Greco and Jean-Simeon Chardin as foreshadowings of later Expressionist and modernist painting. From these foundations, Phillips would acquire works by European masters such as Paul Cézanne, Honoré Daumier, Edgar Degas, Vincent van Gogh, Henri Matisse, Claude Monet, Pablo Picasso, and Pierre-Auguste Renoir. Renoir’s masterpiece, Luncheon of the Boating Party (1880 – 1881), is the museum’s best-known work. Phillips also collected American artists, including Richard Diebenkorn, Thomas Eakins, Winslow Homer, Maurice Prendergast, Mark Rothko, Albert Ryder, and James Abbott McNeill Whistler, among others. Further, Phillips supported emerging painters like Milton Avery, Arthur Dove (acquiring the largest collection of his works), John Marin, and Georgia O’Keeffe. Over the course of 50 years, Phillips and his wife Marjorie would amass a collection of more than 2,000 works. Since Phillips’ death in 1966, the museum has continued to add to its permanent collection, which now comprises more than 4,000 works by international artists and photographers. The Phillips Collection has an active collecting program (especially contemporary art) and organizes acclaimed exhibitions. The museum also produces award-winning education programs. Its Center for the Study of Modern Art explores new ways of thinking about art and the nature of creativity.

To accommodate its growing collections and programs, the museum has expanded well beyond its original building. Despite the additions, the museum has preserved the scale of Phillips’ historic residence and continues to offer visitors a meaningful encounter with its storied and dynamic collection—an “intimate museum combined with an experiment station,” to quote its founder.

The selection from the Phillips Collection is being released as part of a thematic launch on contemporary regional museums that also includes the Menil Collection, Glenstone, the Albright-Knox Art Gallery, Mattress Factory, and the Renaissance Society at the University of Chicago.

View the collection in the Artstor Digital Library, or learn more at The Phillips Collection page.

1 Creative Washington; A Quest For ‘The Spirit Of Life’ by Barbara Gamarekian, October 25, 1984.