Now available: over 2,000 images from the Albright-Knox Art Gallery Jackson Pollock. Convergence. 1952. Image and original data provided by Albright-Knox Art Gallery. © 2014 Pollock-Krasner Foundation / Artists Rights Society (ARS), New YorkThe Albright-Knox Art Gallery is contributing nearly 2,100 images* of their permanent collection to the Artstor Digital Library. The selection in Artstor represents the excellence and breadth of the collection, which consists of works in all media and from diverse cultures, with a special emphasis on postwar and contemporary art.

Established in 1862 as The Buffalo Fine Arts Academy, the Albright-Knox is among the country’s oldest public arts organizations. Since its inception, the museum has been dedicated to the art of its time. In 1863, artist Albert Bierstadt gifted the institution its founding acquisition, his painting The Marina Piccola, Capri, 1859. John J. Albright financed the construction of the museum’s first permanent home, a Greek Revival-style building by Edward B. Green that was dedicated in 1905. A new wing designed by Gordon Bunshaft was later added to the campus. Largely funded by Seymour H. Knox, Jr., the new addition opened to the public in 1962. 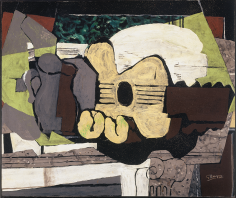 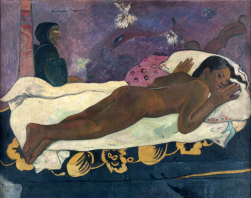 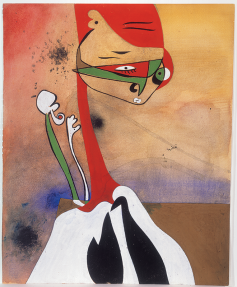 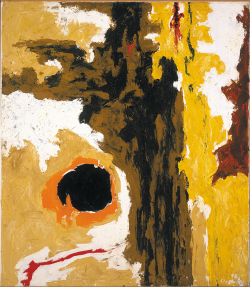 The Albright-Knox has developed relationships with artists over time, which has led to some significant holdings. The second-largest public collection of Clyfford Still’s work—established by the artist’s gift of thirty-one paintings in 1964—is housed here. The donation was made by the contemporary abstractionist because he was impressed by the museum’s commitment to “the develop­ment of an individual’s work.”1 Artstor users will also find a number of works by the abstract artist Jean Arp, Swiss designer Max Bill, and Japanese master Andō Hiroshige. Those interested in prints will find many selections to choose from in the collection, including illustrations by the seminal figure, William Blake, and by the baroque printmaker, Jacques Callot.

In keeping with its mission to collect and present future masterworks, the museum continues to acquire works by artists of the moment, such as Theaster Gates, Mona Hatoum, Sopheap Pich, and Rachel Whiteread, among others.

Not all of the art hangs on the walls: through the years, a variety of sculptures has been featured inside and on the grounds by such notable names as Isamu Noguchi, Fernand Léger, Anish Kapoor, Liam Gillick, and Nancy Rubins. Some sculptures are the result of the Albright-Knox’s commitment to community engagement. The museum has commissioned numerous art installations throughout Buffalo and the surrounding region, including The Freedom Wall, which depicts portraits of civil rights leaders, Charles Clough’s collaborative Hamburg Arena Painting, as well as earlier work by the world-renowned sculptor, Beverly Pepper. These additions and future acquisitions will ensure that visitors will continue to enjoy a global selection of contemporary art.

The Albright-Knox Art Gallery’s collection is being released as part of a thematic launch on contemporary regional museums that also includes the following contributors: The Phillips Collection; the Menil Collection; Glenstone: Mattress Factory; and the Renaissance Society at the University of Chicago.

View the collection in the Artstor Digital Library, or learn more at the Albright-Knox Art Gallery’s collection page.