Now available: 300 additional images from the Art Institute of Chicago Georges Seurat. A Sunday on La Grande Jatte. 1884-1886. Oil on canvas. Image and original data provided by The Art Institute of Chicago.

The Art Institute of Chicago (AIC) has contributed 300 additional images of their permanent collection to the Artstor Digital Library, bringing their total to 1,400.* The full selection in Artstor presents a varied view of the encyclopedic collection through time, across the globe, and in many media.

The current release in Artstor presents many of the most beloved paintings in the collection, from the intimacy of Vincent van Gogh’s Bedroom at Arles,1888 to Georges Seurat’s panoramic A Sunday on La Grande Jatte—1884, 1884-1886, the emphatic and elegant manifesto of Pointillism. Another striking canvas of similar scale, Gasthof zur Muldentalsperre, 2000-2002 by the contemporary Scottish painter Peter Doig has been characterized as a current poetic “fairytale.” 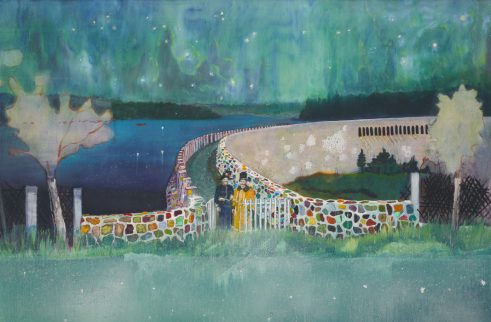 Sculpture and decorative arts also figure in the release. The global reach may be discerned from three diverse pieces: a burnished baroque Horse and Rider,1630, by the German silversmith Hans Ludwig Kienle; a sleek wood and copper ritual Reliquary Head, mid-late 19th century, from Gabon, Africa; and the dynamic and cosmic Shiva as Lord of the Dance (Nataraja), 900-1100, Tamil Nadu, India. 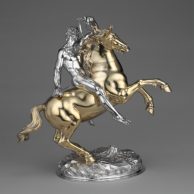 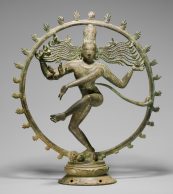 Unknown, Indian. Shiva as Lord of the Dance (Nataraja). 900-1100. Bronze. Image and original data provided by The Art Institute of Chicago.

Originally founded as the Chicago Academy of Fine Arts in 1879, the AIC officially opened in 1893. Within a year, it received its first major gift, French paintings,  from Mrs. Henry Field. In 1913, the museum startled the city by hosting the Armory Show, an exhibition of avant-garde art. Exceptional purchases from that exhibition launched the museum’s modern collection. The museum’s holdings of Impressionist and Post-Impressionist paintings were enhanced by the bequest of 52 paintings from Bertha Honoré Palmer in 1924, as well as the 1925 gift of the Helen Birch Bartlett Memorial Collection, which included Seurat’s Grande Jatte. During the Great Depression, the museum received the single most comprehensive gift of art in its history, the bequest of Martin A. Ryerson, consisting of important Western paintings,  textiles, prints and drawings, Asian art, and European decorative arts. 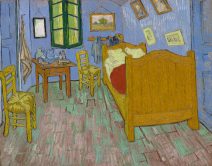 Vincent van Gogh. The Bedroom. 1888. Oil on canvas. Image and original data provided by The Art Institute of Chicago. 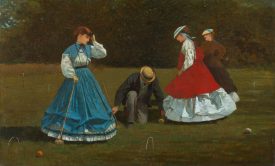 In 1988, the increase of the contemporary art collection and the popularity of large exhibitions led to the construction of the Daniel F. and Ada L. Rice Building. During the ‘90s, Tadao Ando designed a gallery for Japanese screens for the Museum, and in 2009, a building by Renzo Piano devoted to modern and contemporary art was opened, including a bridge that connects the campus to Millennium Park.

View the collection in the Artstor Digital Library, or learn more at the Art Institute of Chicago collection page.