The Davis Museum at Wellesley College (the Davis) has contributed an additional 7,600 images of its permanent collection to the Artstor Digital Library bringing their total to over 8,000.*

With this rich contribution the coverage of the Davis collection in Artstor nears complete representation and includes selections from every curatorial area. An eclectic mix of highlights presents an engaging glimpse of the collection. From European paintings the unflinching and incisive Double Portrait, 1630s, by Abraham de Vries typifies the Dutch Golden Age aesthetic that appealed to early American collectors, while Abraham entertaining the Three Angels, c. 1620, attributed to the Italian painter Jacopo Vignali, casts biblical narrative in delightful fantasy. 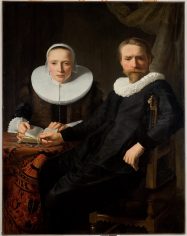 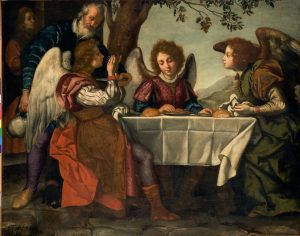 From the Baroque era, we fast-forward to the twentieth century with the sleek bronze Sculpture Méditerranéenne II, 1942 by Hans Arp and the whimsical Out of the Blue, 1985 by Helen Frankenthaler. 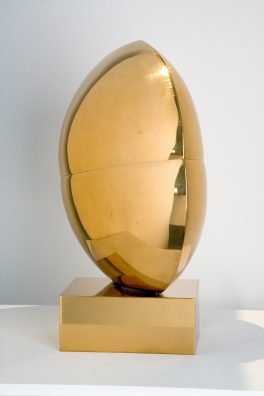 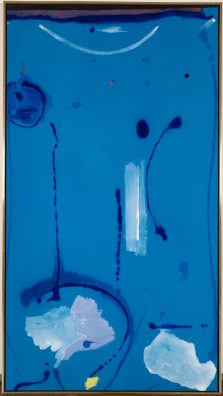 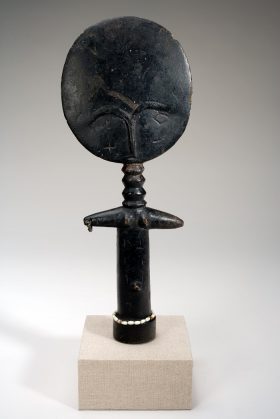 American art, a particular strength of the collection, is represented here by a sublime Seascape, 1870,  by the marine painter William Trost Richards. Finally, the field of photography, another deep curatorial area, is encapsulated by the timeless Femmes aux fleurs, Portugal, 1958, by Édouard Boubat.

Édouard Boubat. Femmes aux fleurs, Portugal. 1958. Gelatin silver print. Image and data provided by The Davis Museum at Wellesley College. Art © Estate of Édouard Boubat / Licensed by VAGA, New York, NY. This work of art may not be reproduced in any manner, except as permitted under the ARTstor Digital Library Terms and Conditions of Use, without the prior express written authorization of VAGA, Tel.: 212-736-6666; email: info@vagarights.com.

The Davis, one of the oldest academic collections in America, is home to approximately 11,000 works of art and objects dating from antiquity to the present, with strengths in painting, sculpture, works on paper, and photography. Highlights include the work of historical painters from the Renaissance to the nineteenth century, from Jacopo Pinturicchio to Mary Cassatt, as well as respected modernists and living artists from Willem de Kooning to Lygia Pape.

The Davis debuted in 1889 as the Farnsworth Art Building on the Wellesley College campus with a collection that originated with the college founder Henry Fowle Durant, who deemed it necessary to a liberal arts education for women; when Wellesley introduced art history in 1885, it was among the first American colleges to offer the subject.

In 1993, a building designed by Rafael Moneo became the home of the newly named Davis Museum and Cultural Center (in honor of the benefactor and alumna Kathryn Wasserman Davis and her husband).

View the collection in the Artstor Digital Library, or learn more at The Davis Museum at Wellesley College collection page.

New: Additional images from the Minneapolis College of Art and Design (MCAD)