Divine creation: tracing the rise of Tibetan Buddhism through art 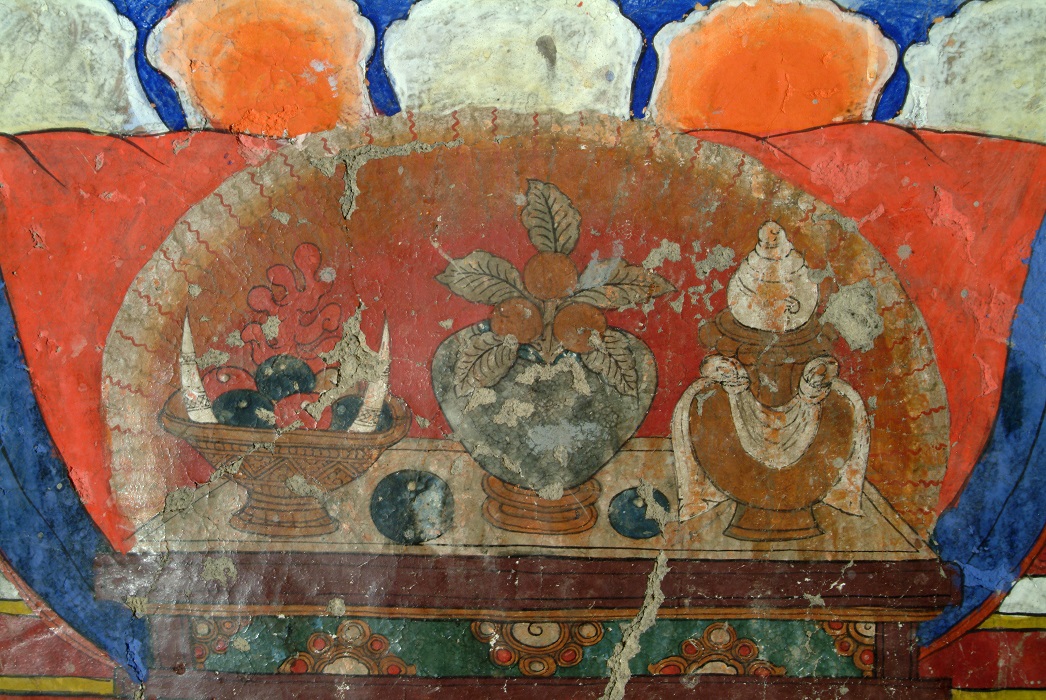 An additional contribution of nearly 1,000 images has been made to the Rob Linrothe: Tibetan and Buddhist Art collection in the Artstor Digital Library, bringing the total to over 5,000.* Scholar/photographer Linrothe has provided this unique resource in collaboration with the Lucy Scribner Library, Skidmore College and Northwestern University.

The current selection traces the art and culture of the historic region of the Tibetan Plateau from the 10th through the 19th centuries, illustrating the rise of Buddhism where artistic and religious sensibilities were united. The images center on the sites and output of monastic communities, featuring architecture, sculpture, painting, and ritual objects. 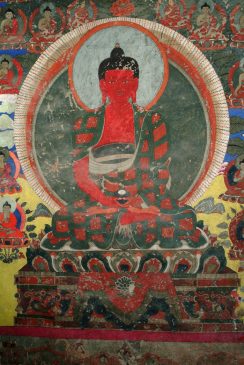 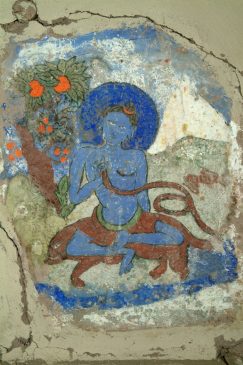 The medium of painting is vividly documented in murals photographed in situ in caves and buildings. A detail of an offering table before a Buddha provides a lush still life, 17th-18th century, a feature of the paintings decorating the Dankhar Gompa (monastery) which originated in the 12th century in the state of Himachal Pradesh, India. From the same monastery a still and majestic depiction of Amitabha Buddha, 17th-18th century, follows the encoded iconography and the traditional red pigmentation of the deity. In contrast, a characterization of the 10th-century poet Luipa Mahasiddha, 17th century, appears spontaneous and dynamic (from the walls of the Hemis monastery in the state of Jammu and Kashmir, India). From the monastery of Qutansi, Qinghai Province, China, a detail from a later Qing era cycle, 19th century, features stylistic elements from the Chinese landscape tradition (below). 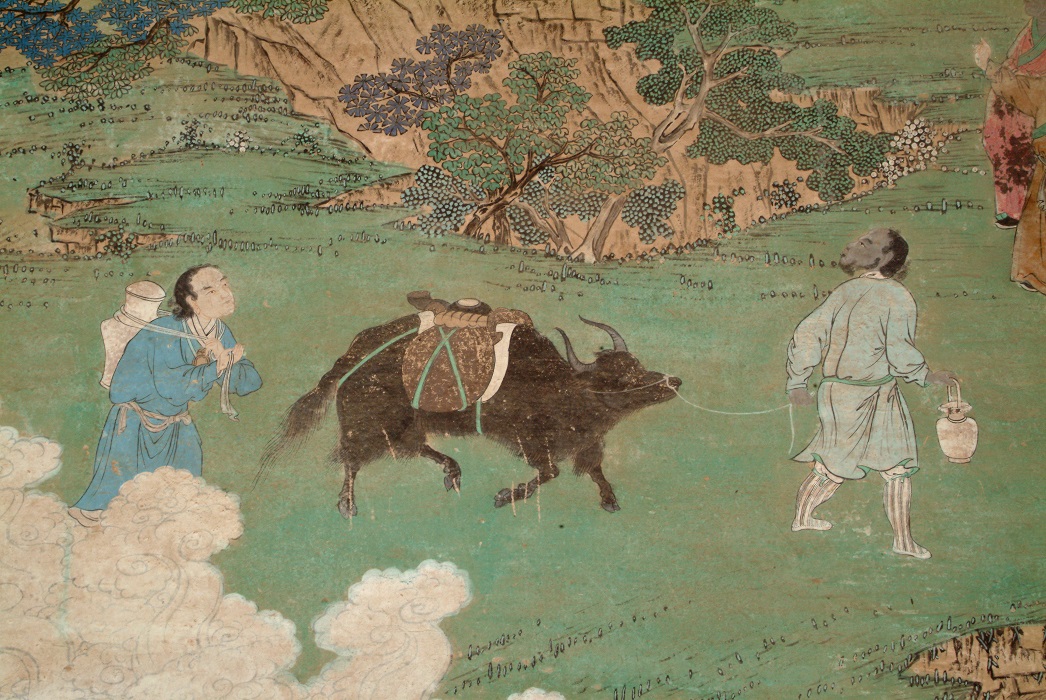 In Tibetan Buddhist sculpture, as in painting, depictions of deities are endowed with sacred properties, as seen in Linrothe’s many images, including the Dolpopa (detail), 1424-1442, a founder of a Tibetan sect of Buddhism, from the Gyantse Kumbum (stupa), Shigatse Prefecture China, and the relatively diminutive Buddha (detail), c. 15-16th century, Dankhar Gompa, State of Himachal Pradesh, India. 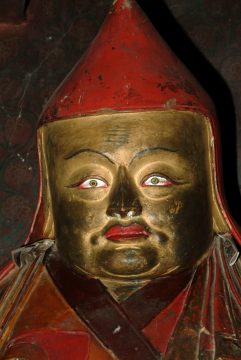 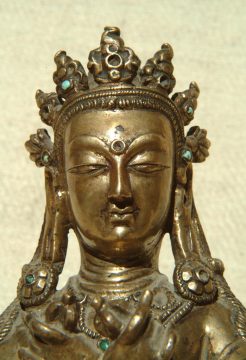 The selection includes architectural views that lend the context for the works of art, as for example a shot of the Gyantse Kumbum, a structure that takes the form of a three-dimensional mandala, where successive levels include about 70 inner chapels replete with paintings and sculpture. The Royal Fort, 14th century, also in the town of Gyantse, offers an instance of secular architecture. 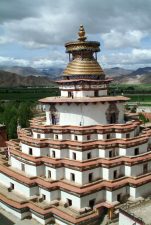 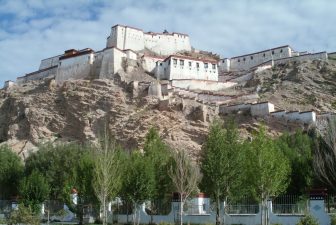 Rob Linrothe, associate professor of Art History at Northwestern University, is a specialist in the Buddhist art of the Himalayas, with expertise in the pre-modern art of Ladakh and Zangskar (Indian Himalayas) and the contemporary revival of monastic painting in Amdo (China, northeastern cultural Tibet).

Linrothe was a scholar-in-residence at the Getty Research Institute in 2008-2009. He served as the curator of Himalayan Art at the Rubin Museum of Art, 2002-2004, where he authored the catalogues/exhibitions: Collecting Paradise: Buddhist Art of Kashmir and Its Legacies; Paradise & Plumage: Chinese Connections in Tibetan Arhat Painting; and, with Jeff Watt, Demonic Divine: Himalayan Art and Beyond; and Holy Madness: Portraits of Tantric Siddhas.

Many of Linrothe’s articles are available in JSTOR. A selected list is provided below.

View Rob Linrothe: Tibetan and Buddhist Art in the Artstor Digital Library or learn more at the collection page.