Richard H. Truly was the first person to be launched into space on his birthday when he piloted the Space Shuttle Columbia on November 12, 1981. In 1989 he would become the eighth NASA Administrator, the first astronaut to hold the position. Two public collections in Artstor from Regis University document the astronaut’s fascinating career via papers and media.

Truly had a long history with NASA, starting as an astronaut from 1969 to 1983, as the Commander of the Naval Space Command from 1983 to 1986, and then in various administrative positions until 1992, when he left to serve as the director of the Georgia Tech Research Institute.

The documents in the Regis University: Truly U.S. Space Program – Papers collection include correspondence, speeches, to-do lists, schedules, daily logs, newspaper clippings, photographs, and technical reports and presentations. These provide a fascinating glimpse into NASA as an organization as well as the development of the Space Shuttle program, which was the organization’s focus during Truly’s tenure.

“There were lots of notes, a lot of memoranda, a lot of paper involved and as I looked through it all I began to realize that I had been lucky enough to be in the space program at some very unique points in time, not just at NASA but in throughout much of America’s military and civilian history,” Truly said in the Fall 2007 issue of the Regis University Libraries Newsletter.

The Truly U.S. Space Program – Photographs and Videos collection includes spectacular images taken during shuttle missions that Truly crewed and oversaw. They include images of the earth taken from orbit, shuttle launches, and photos of the shuttle crews during their missions. 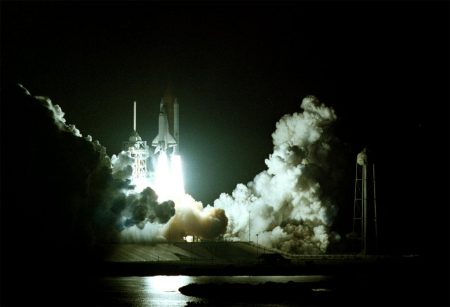 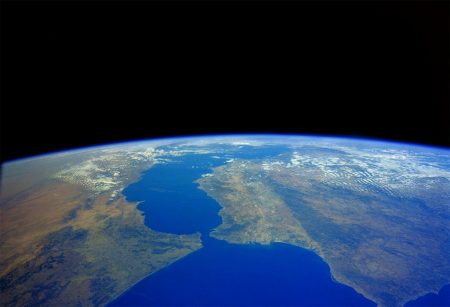 In 1983, Truly went into space for his second and last time as the commander of the Space Shuttle Challenger, which was the first night launch in NASA’s history. Throughout his career, he logged a total of 8 days, 7 hours, and 21 minutes in space.

Truly became NASA’s Associate Administrator for Space Flight on February 20, 1986, just three weeks after the Space Shuttle Challenger disaster. He is attributed with rehabilitating the shuttle program and leading NASA’s “Return to Flight” program, which culminated in the successful launch of Discovery in 1988. The Truly U.S. Space Program collections have been made publicly available to everyone on Artstor by Regis University. To learn more about Truly and the collection, see Regis’s LibGuide.