Behind the lens of Frank Cancian, in his own words Photographer and anthropologist Frank Cancian has been documenting international communities for more than fifty years. His recent contribution to the Artstor Digital Library, in collaboration with University of California Irvine Libraries, traces his fieldwork from the Italian hill town of Lacedonia during the 1950s to the Maya of Zinacantán, Chiapas during the ’60s and ’70s, and to domestic workers in Orange County, California from 2000 to 2002.

Cancian has provided a narrative for his approach and his career in his books, excerpted below:

“I like to take pictures where people do their regular activities—in homes, workplaces and temples. It’s best when people know me and know that I am there to take pictures, or when a person they know vouches for me or blesses my project. In these settings people usually get bored with me after an hour or two, and go back to their own activities.”1 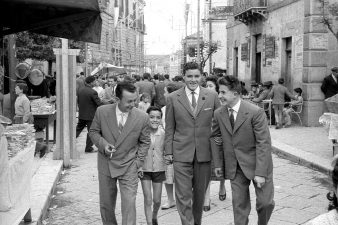 “Lacedonia is a hill town about a hundred kilometers east of Naples. When I went there to photograph in 1957, I met men in the town square: teachers, artisans, officials, merchants, many poor farmers, and many young men who had been educated in Lacedonia to be teachers, but could find no jobs.”2

From Another Place: Photographs of a Maya Community, 1974 “The Zinacantan pictured here would be hard to find in the 21st century. Much of life in Zinacantan has been transformed in many ways: by population growth (from 7,600 in 1960 to about four times that number in 2000), by development of hydroelectric power in Chiapas, the exploitation of petroleum resources in neighboring Tabasco, and the rapid expansion of roads. It is no longer true that most men in Zinacantan are corn farmers, or that few adult women speak any Spanish.”

From Orange County Housecleaners, 2006, a photographic chronicle of the lives of seven women, mostly immigrants from Mexico and Guatemala: 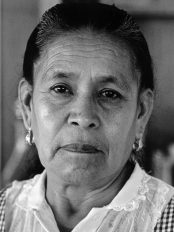 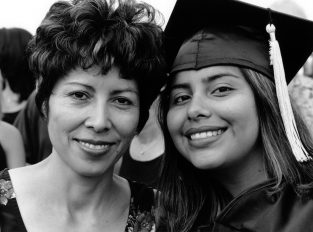 “Victoria Rua lost touch with her children in Mexico in the 1970s when her husband was deported from the United States. He doubted her fidelity and cut off communication for ten years…Esperanza Mejia has two reasons for not using her training as a medical assistant: because she was shocked by the way doctors treated her mother, who was visiting from Guatemala, and because her cleaning pays better…”

View the collection in the Artstor Digital Library or learn more on the Frank Cancian Documentary Photograph Archive page.

1 From http://www.frankcancian.com., where images and portions of the books cited here are accessible.

2 The photographs from Cancian’s seven months of fieldwork in the town are the centerpiece of Il Museo Antropologico Visivo Irpino, Lacedonia.