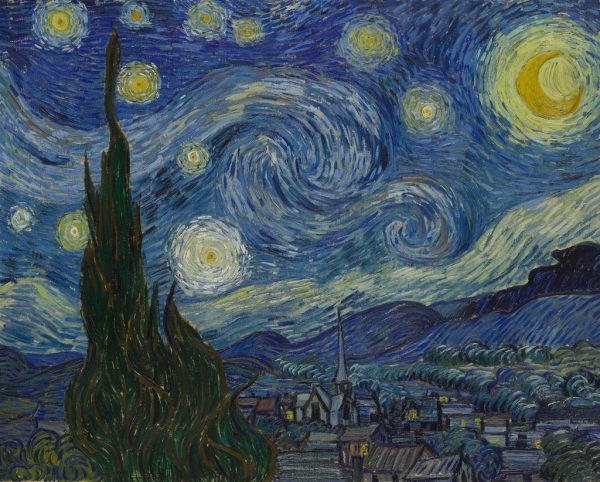 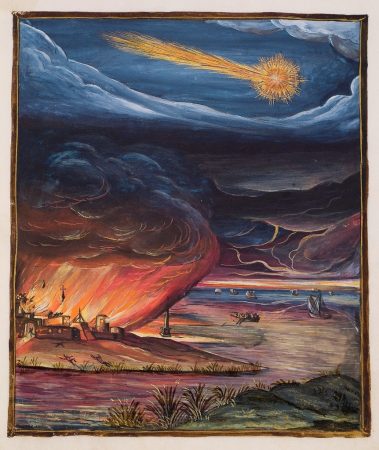 Anonymous Dutch. Aurora Comet (or Matuta/Muzbah), leaf 17, from an illustrated treatise on comets, 1587. Image and original data provided by The Warburg Institute Library. 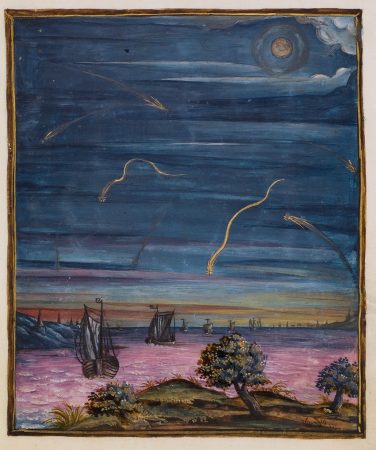 From ancient times through the Enlightenment the movements of the galaxy were understood as elements of a holistic cosmology where astronomy, astrology, celestial, and spiritual forces all comprised the firmament. A treatise on comets from 1587 by a Dutch scribe and an artist (both anonymous), based on Ptolemaic principles, offers striking illuminations, including the phenomena of comets, aurora borealis, and even a sundog (an optical occurence that appears as luminous spots on each side of the sun). In one illustration, the comet Aurora pitches through the sky, parting clouds as an inferno consumes a village, while a gentle star shower animates the night in another. The text describes Aurora as a red star with a long raised tail bringing famine, drought, and fire. Comets (from the Greek meaning long-haired star) are balls of ice and dust with gaseous tails. They have been feared as harbingers of doom up to and even beyond the time of Isaac Newton. 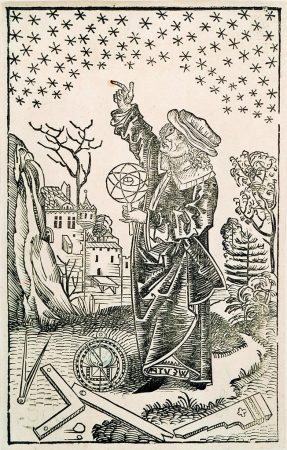 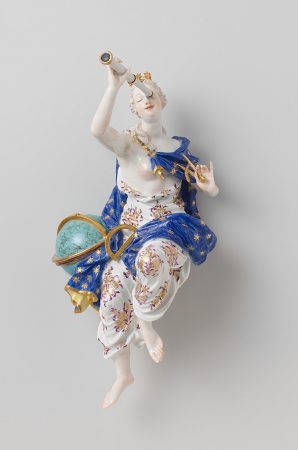 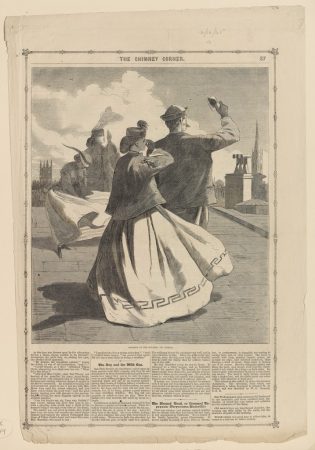 Astronomers, deities, and lay observers figure prominently among the stargazers of Artstor. A woodcut by Michael Wolgemut, c. 1490, showing a winsome astronomer beneath a twinkling sky, bespeaks the importance of celestial science in the artist’s native Nuremberg during the Renaissance. Fast forward to the Enlightenment with a Meissen figure of the Muse Urania by the sculptor Johann Joachim Kändler, c. 1750. Urania, from the Greek word “Ouranos” meaning all of the heavens, has prevailed in cosmic imagery as the graceful personification of astronomy, here denoted by her telescope, celestial globe, and fine golden instruments. On to Reconstruction era New York and a design by Winslow Homer: an illustration of the observation of an eclipse in 1865, the first in the city in nearly 10 years. The excitement of the print — billowing skirts, dramatic shadows, and rapt viewers — is predicted by the announcement in the Times: “Those who desire to witness the phenomenon must be on hand with smoked glasses… the ceremony… begins at 55 minutes past 8 in the morning, at which time the shadow of the moon will begin to obscure the countenance of Old Sol.” [2] 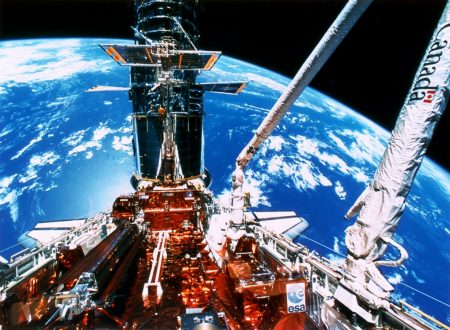 NASA. An on-board view of the Hubble Space Telescope. 1993. Image and data provided by the Library of Congress. 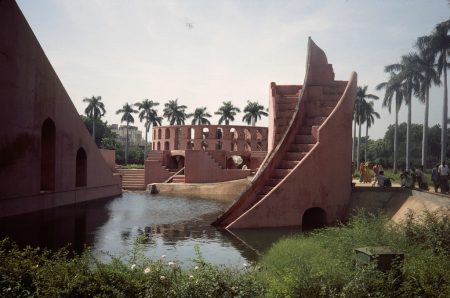 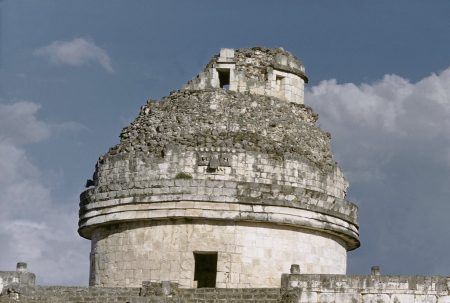 The fantastic tools of the astronomer, notably the edifice and instruments of the observatory, are testament to the passion for the pursuit. El Caracol, 800-948, at the Mayan site of Chichen Itza, is precisely oriented with sight lines to Venus, the sun, and the stars. In northern India during the early 1700s, Maharaja Sawaii Jai Singh II of Jaipur constructed five observatories (all called Jantar Mantar, loosely translated as instruments and formulae). The Jantar Mantar in Delhi, 1725, typically features the specialized structures that measure specific astronomical functions and appear as surreal architectural follies to the uninitiated. When Galileo pioneered the first telescope in 1610, he could not have foreseen its deployment into space in the form of the Hubble Telescope launched nearly 400 years later as an observatory in the skies that has enhanced, enlarged, and sharpened our view of the universe. 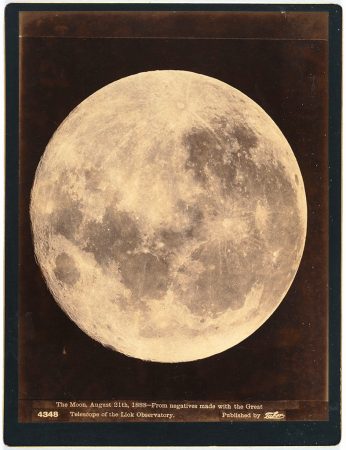 Isaiah West Taber, Taber Studio. The Moon, August 21st, 1888 (from negatives made with the great telescope of the Lick Observatory). Image and data provided by the San Francisco Museum of Modern Art. 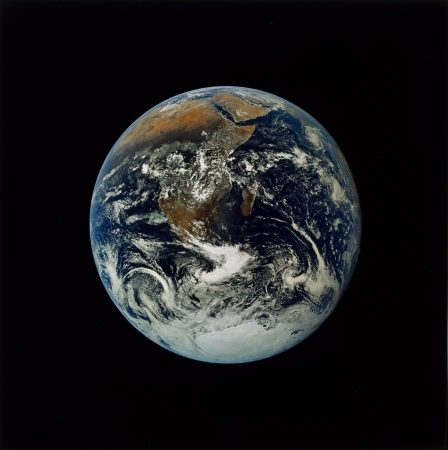 From the inception of photography, telescopic views have brought us closer to the planets. The moon was exposed in a series of timed photographs in 1888 taken at the Lick Observatory on a mountaintop in California, long before Armstrong’s historic walk of 1969. Space exploration has also changed our outlook. In a photograph of Earth captured by three astronauts of Apollo 17, we look back at our own planet rather than out into the heavens, reversing thousands of years of astronomical history.

[1] Boime, A. “The Astronomy of Van Gogh’s Starry Night,” Late-Paper Abstracts from the 165th Meeting of the American Astronomical Society, Jan. 13-17, Tucson, Arizona

You may also enjoy: