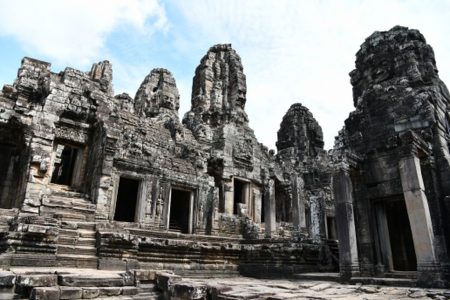 Artist and art historian Barbara J. Anello has contributed more than 2,700 photographs of Khmer monuments and heritage, including current archaeological practice, to the Artstor Digital Library. While the content is both culturally and historically significant, and the images arresting and revelatory, the collection is amplified by detailed descriptions. 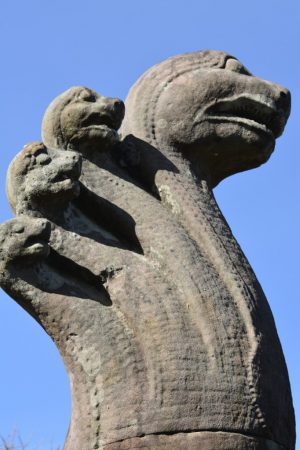 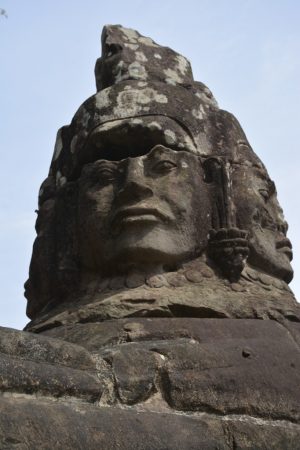 In the statement below, Anello underscores the importance of the preservation work that she documents, as well as the vivid record she provides of life among the sacred sites and monuments today – be it planting trees, excavating sculptural remnants, or preparing for a wedding. 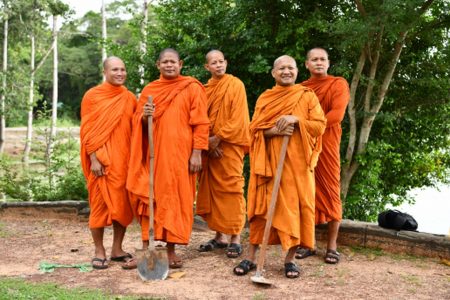 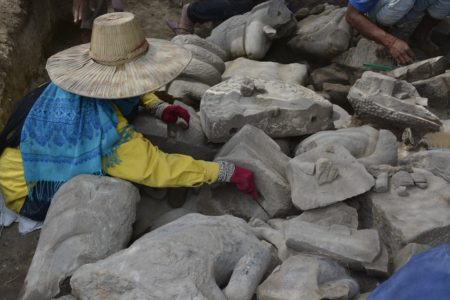 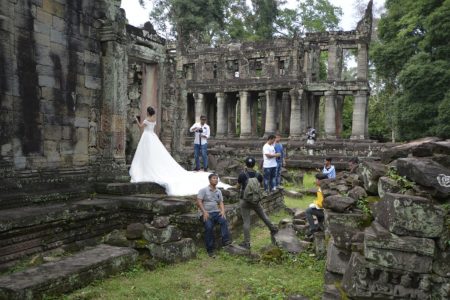 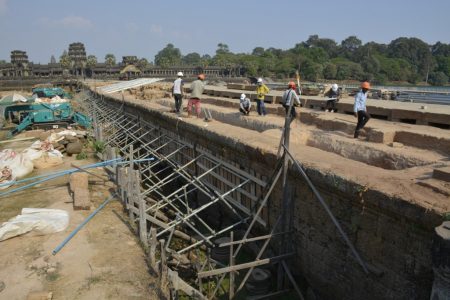 “The photographs in this collection, taken primarily from 2018-2020, depict not only the monuments and sites, but the work Cambodian archaeologists, architects, and heritage preservation professionals are doing now toward preserving Khmer cultural heritage. The images are informed by my experience of over 30 years in Southeast Asia. Returning to Cambodia to work in capacity-building with the staff of APSARA National Authority and National Authority for Preah Vihear under a U.S. State Department program, English Language Fellows (2018-20), I had the rare opportunity of extended, on-site involvement in the daily work and research of archaeologists, architects, engineers, stone conservators, and others working at the UNESCO World Heritage monuments in Cambodia. Their collaboration enabled me to compile this extensive collection of documentary shots of structures and sites throughout the country, but mostly in Siem Reap and Preah Vihear provinces. By no means an exhaustive survey of Khmer monuments, it nevertheless records the state and condition of many sites being worked on today. Particularly interesting are the glimpses of restoration and conservation work now being done at Prasat Preah Vihear, a uniquely beautiful temple complex on a mountain top in the rural north; at the ancient capital, Koh Ker; at Prasat Banteay Chhmar in 2008, and again in 2019; and the archaeological work going on at Angkor Park since the pandemic has cut off international tourism. As well as reflecting archaeological and preservation work, the photographs offer glimpses of the life of the thousands of people who live inside these cultural heritage sites and continue to worship at these temples, much as their ancestors have done for almost a millennium.” 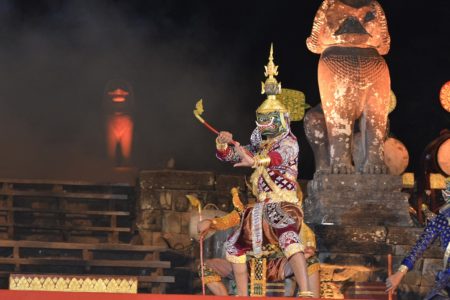 Anello has lived and worked in Indonesia, Singapore, Thailand, Bangladesh, Vietnam, and Morocco. Her contributions to Artstor include collections on Ladakh, Southeast Asia and Morocco, and Graffiti in New York. Her photography focuses on architecture, both historical and vernacular, and aspects of traditional art and culture. She has also partnered in nominating sites to the World Monuments Watch 2012 and 2014 (Desa Lingga, Karo, Sumatra; Desa Peceran and Dokan, Sumatra, and Flores, Ngada villages). Anello is a contributor to Habitat: Vernacular Architecture For A Changing Planet, 2017.