Pleasurable and daunting: a wife’s work on her late husband’s archive

Art Historian Magda Salvesen, author of Artists’ Estates: Reputations in Trust, writes about the emotional aspect of her work as the curator of the estate of her husband, the American painter Jon Schueler. 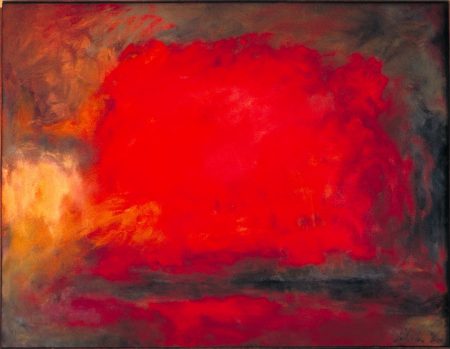 Jon Schueler. Next Summer. 1966. Oil on canvas. Image and data from the Jon Schueler Estate.

“Art must take reality by surprise,” the writer Françoise Sagan said in a 1965 interview. With the arrival of Covid-19, however, I have frequently found myself considering the reversal of these terms.

The sudden closure of a Jon Schueler exhibition in March 2020, two postponements of other shows, the absence of studio visits by potential clients or gallery reps, and the inability of my assistants to return any time soon ironically created what I had long desired: open time, month after month, to work on the Jon Schueler Archive. 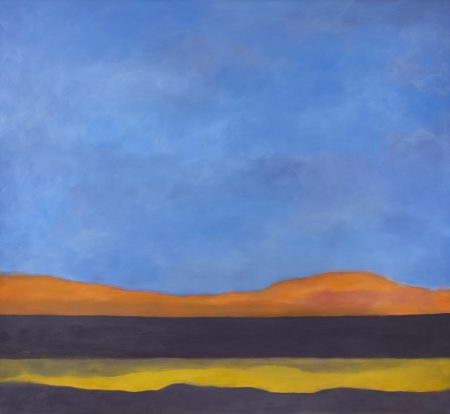 Jon Schueler. Sahara, I. May – July 1973. Oil on canvas. Image and data from the Jon Schueler Estate.

In the living space of the loft, Jon’s paintings reminded me daily of the imperative to create administrative order for the material that would provide a context for Schueler’s oils, watercolors, drawings, and prints, and which would eventually be available in the Jon Schueler Foundation. The companion of Jon Schueler since 1971 and the curator of the collection since the artist’s death in 1992, I had to find a way of bringing order to the vast amount of information held in my mind and stored in countless files and boxes, according to my own quirky methods, so that they would be accessible to the next person in charge.

Two long trestle tables took over the studio. I heaved box after dusty box of tax returns from the 1940s to 1992 into the open for sorting and archiving. Concrete evidence of what initially seemed a closed and hermetic narrative emerged: the cost of studio rentals and expenses, the orders for specific tubes of oil paints, train and airplane tickets confirming travel dates, deposit slips recording the sales of paintings, records of payments to models in the ’60s. The list could go on and on. 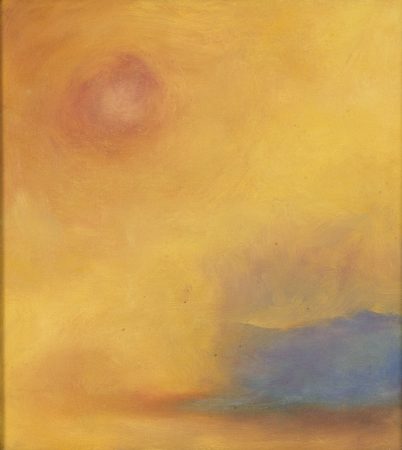 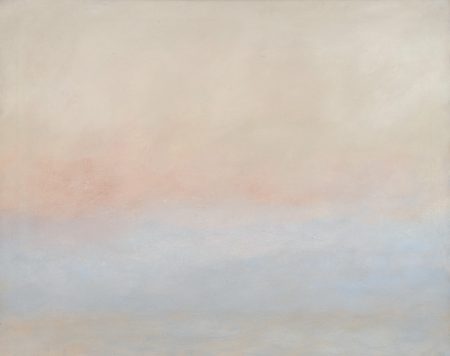 Jon Schueler. Blue Sky and the Sea. Nov. 1973. Oil on canvas. Image and data from the Jon Schueler Estate.

My next project was dealing with out-of-date technology. The three films made about Jon Schueler had already gone through several transformations—each one promising to be the final iteration—but now the DVD stage was hopelessly out of date. Therefore, I had to have them digitized, along with all the taped interviews with or about the artist. Receiving yet another delivery of archival boxes to hold this organized material then became the high point of the day.

These updates involved me again with Artstor. In 2010 I had spent many hours agonizing over which slides would suggest the trajectory of Jon Schueler’s paintings, from the late 1940s as a student in California through to his last years. These slides, scanned to create digital images, now looked embarrassingly inadequate. I imagined university art historians selecting Schuelers for a lecture being underwhelmed. Drawing on the library of high-resolution images, meticulously photographed during the past ten years, my assistant, Stephen Turner—returning after many months—worked with Artstor on the replacements, a time-consuming and heavy financial investment, but the best way to bring Jon Schueler’s work to art history classrooms throughout the United States. 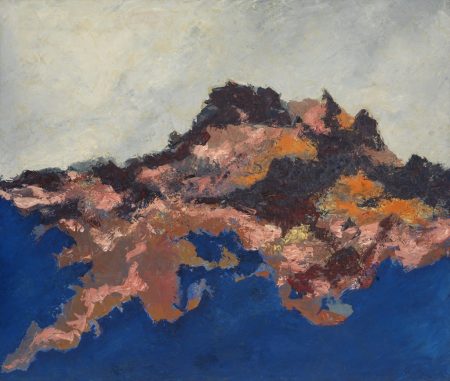 Jon Schueler. The Island. 1956. Oil on canvas. Image and data from the Jon Schueler Estate.

Most emotionally demanding were the personal photographs. So many dead friends. I chose the best prints for albums (acid free), arranged them chronologically, placing all the negatives and left-over prints in a different set of files. Pleasurable, though daunting, was the next task: writing all the captions. No one else would know who these people were. Naming them would rescue them from anonymity and keep them in Jon’s life. Thankfully, a close friend in Mallaig, Scotland (where Schueler had his studio) was able to help with the names of the Scottish fishermen who, from their small wooden boats in the 1970s, launched Jon into the weather of his own paintings.

The archival work is ongoing. I am now tackling the tedious project of transcribing the Schueler interviews. Inexplicable to most of my friends, my greatest thrill during this period of looping backwards and inwards is now to view the rows of boxes lined up on shelves with their magnificent labels proclaiming what is inside! The next step is to welcome the scholars.

Jon Schueler. Death of the Father. June 1966. Oil on canvas. Image and data from the Jon Schueler Estate.