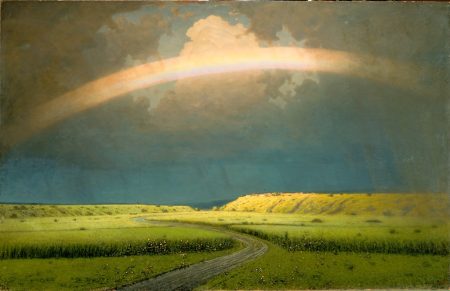 In 2018-2019 the State Tretyakov Gallery in Moscow hosted an acclaimed exhibition of the nineteenth-century realist landscape painter Arkhip Ivanovich Kuindzhi (c. 1842-1910). The show included about 180 works and was seen by more than 385,000 viewers during its four-month run. One of the paintings, a Crimean mountainscape, was even lifted off the wall and stolen, but happily it was soon recovered. Kuindzhi was born in the Ukraine (then part of the Russian Empire) in the city of Mariupol, a name now familiar to all of us because of the current Russian invasion and devastation. While he studied, practiced, and taught painting in St. Petersburg, he also lived on a large property in Crimea with his wife in relative seclusion. In Mariupol, where a museum named after the artist was established in 2010, he is considered Ukrainian, while in Russia he is claimed as part of their artistic heritage. 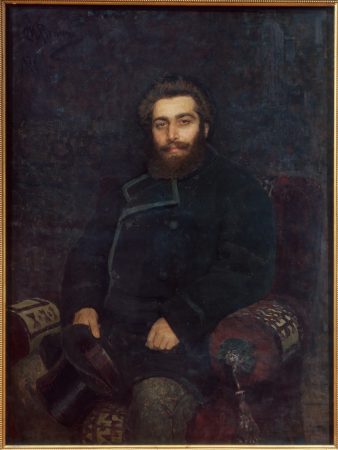 In March, the Mariupol museum was largely destroyed by an airstrike. The three important works by Kuindzhi had been removed—it’s unclear whether it was for safekeeping or they had been stolen—but the work of other artists was destroyed, the cultural casualty of war. Other artistic losses during the conflict include treasures of Scythian gold, the precious paintings of the naive painter Maria Pryimachenko, and dozens of historic buildings and monuments, among other works and sites. 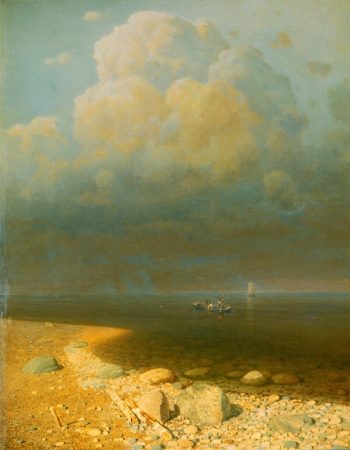 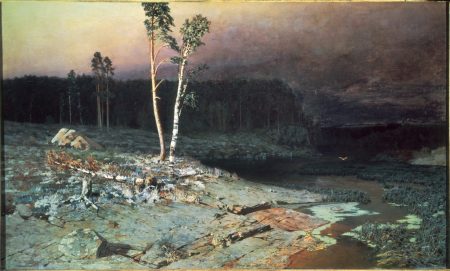 Arkhip Kuindzhi. On the Island of Valaam. 1873. Oil on canvas. Tretyakov Gallery. Image and data from SCALA, Florence. 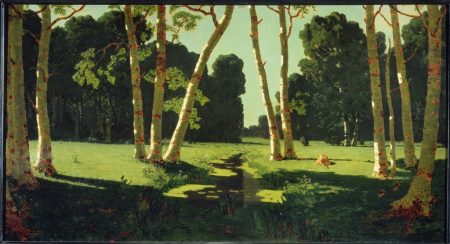 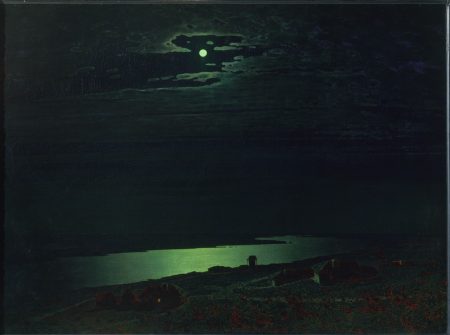 A search on Artstor provides a stirring selection of Kuindzhi’s paintings, a virtual exhibition to celebrate his sublime output. His dramatic personal appearance is well known from portraits, including the one by his friend Ilya Repin, highlighting the painter’s brooding countenance of Greek and Tatar origin. An early work by Kuindzhi, Ladoga Lake, 1873, completed soon after his studies at the Academy of Fine Arts in St. Petersburg, portrays the majestic Russian landscape in precise, clean brushstrokes with a clarity that looks back to traditional seascapes. On the Island of Valaam from the same year and on the same lake, also presents meticulous detail and a pellucid atmosphere. Evening in the Ukraine displays the painter’s affection for his native landscape and his growing interest in light effects, particularly dusk and the full darkness of night. His alliance with the scientific community of St. Petersburg fuelled his interest in optical flourishes and theories of perception. Birch Grove, nearly six feet wide and painted when the artist was about 40, and Moonlit Night on the Dnieper, 1882, caused a sensation when they were exhibited for a month in Moscow during the winter of 1882 along with a third work; more than 9,000 viewers visited. The Emperor’s grandson Grand Duke Konstantinovich purchased the nocturne for 5,000 rubles, and it was later displayed at the gallery of the Parisian art dealer Charles Sedelmeyer. The painter also attracted the patronage of Pavel Tretyakov, who was amassing an unprecedented collection of Russian art, today known as the Tretyakov Gallery. At the height of this success, Kuindzhi mysteriously withdrew from public life and never held another exhibition, leaving no explanation behind. He taught at the Academy in St. Petersburg and died in the city in 1910. 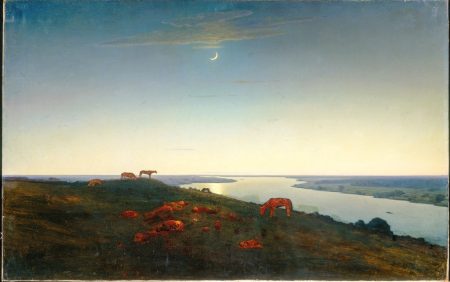 Kuindzhi’s fascination with ephemeral atmospheric effects achieves a lyrical balance in his Rainbow, 1900-1905 (top), an homage to the steppe and the sky. Two of his final works, Night-Watch and Sunset on the Dnieper, both painted around 1905-1908, display his enduring passion for nocturnes. The overwhelming Sunset, more than six feet wide, is a window onto the painter’s cherished Dnieper and his brilliance at seizing the light. 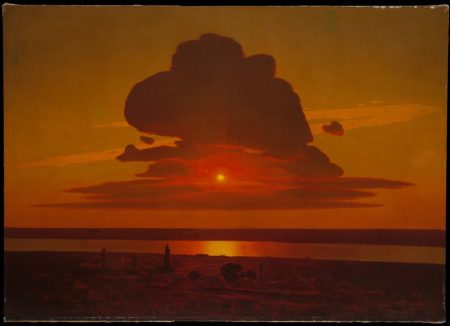 Arkhip Kuindzhi. Red Sunset on the Dnieper. 1905-1908. Oil on canvas, Paintings. Image and data from The Metropolitan Museum of Art. Free reuse CC0 1.0.

Many of Kuindzhi’s paintings and drawings are held at the State Russian Museum, St. Petersburg. May his work endure as a mesmerizing expression of his rich cultural heritage – Greek, Tatar, Ukrainian, and Russian.

Michael Prodger. How the Ukrainian painter Arkhip Kuindzhi laid out the spirituality in nature before Russian eyes, The New Statesman, 20 April 2022.