Artstor and JSTOR offer more than a million freely accessible images and other materials from library special collections, faculty research, and institutional history materials. The collections are constantly growing, and as we browsed for Latin American content in preparation for Hispanic Heritage Month, we were delighted by what we found. Here are some notable highlights: 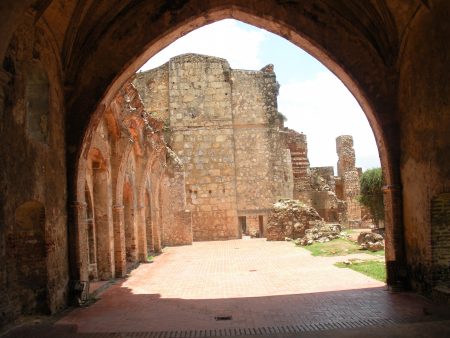 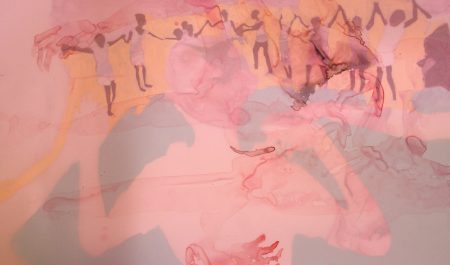 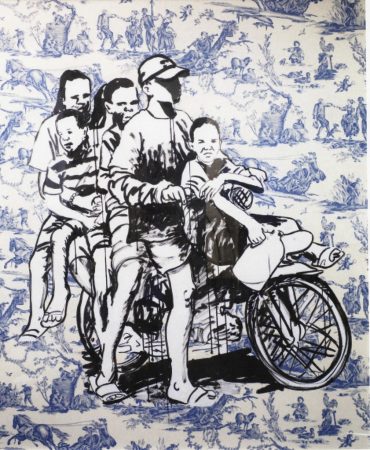 (Artstor | JSTOR)
A history project devoted to disseminating research and rigorous information about the earliest people of Black African descent that arrived, resided, and stayed in the Americas from 1492 onwards, and whose continued presence in the New World ever since is clearly shown on historical records.

(Artstor | JSTOR)
A pioneering exhibit about courage, valor, and commitment consisting of 12 panels in which photographs, documents, correspondence, newspaper articles, and short biographies tell the stories of Dominicans that served in the U.S. Armed Forces during World War II.

(Artstor)
The art exhibit Condition: My Place Our Longing / Condición: Mi Lugar Nuestro Anhelo highlights the work of Dominican artists Leslie Jiménez and Julianny Ariza. It showcases original pieces produced between 2011 and 2012 that explore the subject of living in between, in two worlds, and other conditions of living.

(Artstor | JSTOR)
This collection focuses on the artist Doris Rodríguez, an artist and award-winning author and illustrator. Her work has been exhibited in galleries and museums in the US and her native Dominican Republic.

(Artstor | JSTOR)
This collection focuses on the artist Josefina Baez, storyteller, performer, writer, theater director, educator, and devotee. She is the founder of the Ay Ombe Theater. 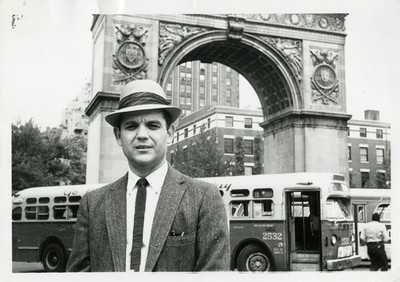 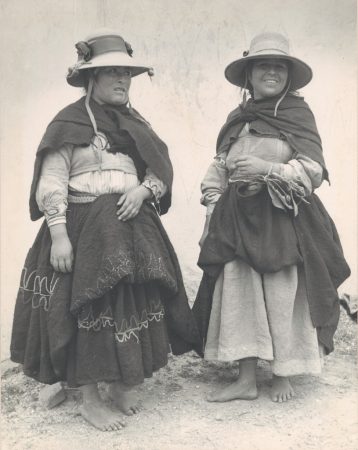 (Artstor)
This collection, based on an exhibit, highlights the experiences and contributions of the New York Dominican population using primary source materials from the archival collections of the Dominican Archives as well as secondary source materials from the Dominican Library. It includes documents, photographs and memorabilia that create a visual history of Dominicans as they developed communities that became an integral part of New York’s incredibly diverse human landscape.

(Artstor)
The exhibit consists of documents, photographs, musical scores, and paintings from the Dominican Archives collections that highlight the careers of musician Rafael Petitón Guzmán (1894-1983) and painter Tito Enrique Cánepa (1916-2014). Both were enormously influential, contributing to the development of new hybrid artistic forms that combine traditional and modern elements and incorporate styles from different cultures. Cánepa used his art to express political themes, chiefly his opposition to tyranny and imperialism, while Petitón Guzmán used eclecticism and formal innovation as the vehicle of his revolt.

CCNY CUNY Dominican Studies Institute: Monocorde – A series of drawings inspired by everyday life of First Responders during COVID-19 in the Dominican Republic

(Artstor)
Cornell’s University Archives holds the documents produced by thirteen years (1952-1965) of collaboration between North American social scientists and 360 peasant households in the northern Peruvian village of Vicos. The image collection represented here holds some 2,000 photographs, selected from a much larger cache of analog prints and negatives housed in the Vicos Collection of the University Archives.

(Artstor)
In 1985, a Cuban poet Alfredo Zaldivar and an artist Rolando Estevez established a literary forum for a group of Cuban artists in Matanzas, Cuba with the goal of creating beautiful handmade books. Through all of the social and political shifts, and even a severe paper shortage, the artists have found ways to create works of enormous artistry, imagination, and creativity by using found and recycled materials.

(Artstor)
Historical maps, architectural plans, and views from different media created by artists visiting or resident in the city of Rio de Janeiro from 1502 to the present.

(Artstor)
Views, maps, and plans from iconographic, cartographic, and architectural archives of Brazil’s Federal District and its capital city, Brasilia. 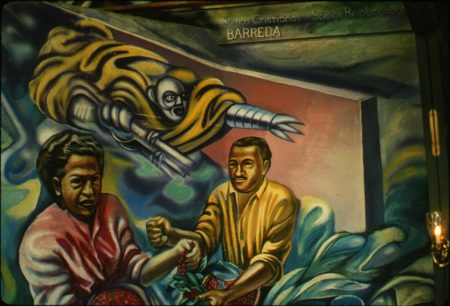 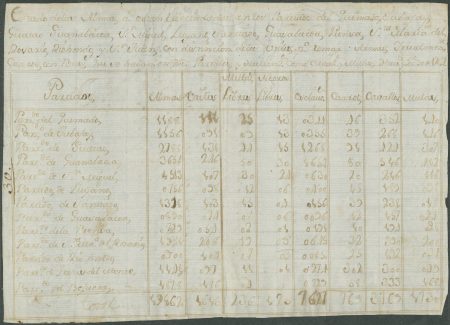 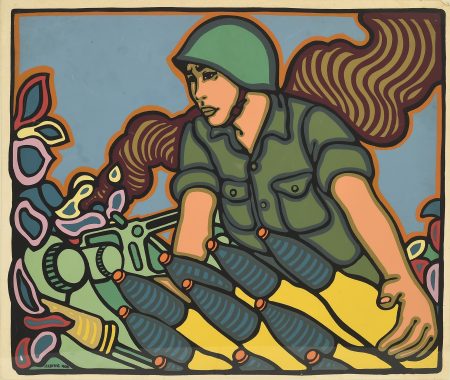 (JSTOR)
Henry P. Houser (1924-2000), a professor of Sociology at Knox College, was interested in social change in Central America and discovered an interest in murals and the relationship between art and revolution. On his several trips to Nicaragua, Houser documented and researched more than 100 murals painted throughout the country between 1985 and 1993. This digital collection includes representations of 90 murals as well as correspondence about some of the murals.

(Artstor | JSTOR)
Selected books held by the Cuban Heritage Collection in all areas of scholarship that reflect the Cuban experience and the Cuban diaspora.

(Artstor | JSTOR)
Manuscripts from the 17th to 20th centuries, including letters, literary manuscripts, and other materials documenting Cuba’s history and culture.

(Artstor | JSTOR)
The collection features approximately 350 works created in Cuba from the revolution through the 2000s. Many of the posters focus on Cuba’s efforts to spread messages of the revolution worldwide and to inspire others in the fight against oppression stemming from the legacies of imperialism and colonialism, as well as posters focused on promoting Cuban national pride, conservation, production, and culture.

(Artstor | JSTOR)
David Schwartz was a talented photographer and emeritus economics professor for 35 years at Albright College who also taught Latin American studies courses and was a foreign-student advisor. He visited Nicaragua and took thousands of photographs during the period of the Sandinista revolution. 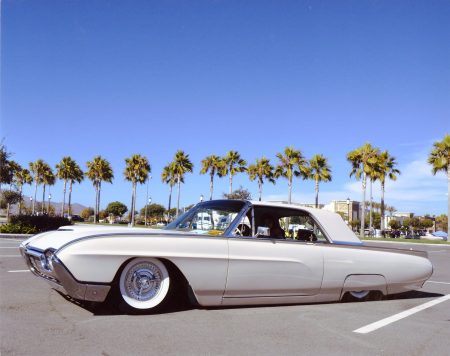 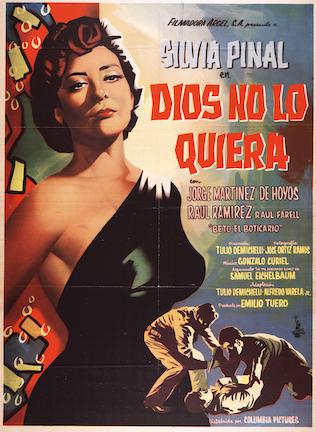 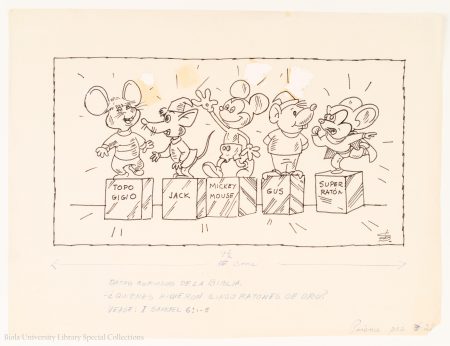 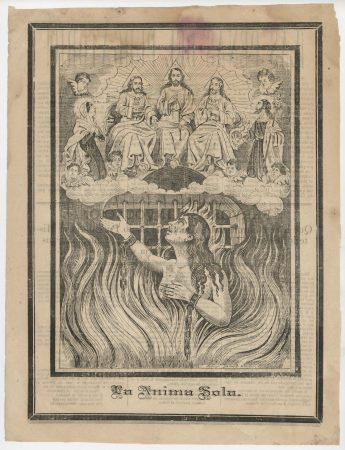 (JSTOR)
The Chicano press was an important component of the Chicano Movement to disseminate Chicano history, literature, and current news. The press created a link between the core and the periphery to create a national Chicano identity and community. The publications that make up the Latino series have been linked to the Movement and represent the Chicano voice on such key issues as voter rights, criminal justice and relations with the police, support for the anti-war movement, racism, and quality education.

Cuban and Mexican Film Posters from the Efrain Barradas Collection

(JSTOR)
These documents are from the African American residents of Samaná who emigrated in 1824 from different ports along the Eastern United States to what was then the Republic of Haiti (1822-1844). Many of these new immigrants were given land and established communities in Puerto Plata, Santo Domingo, and Samaná in what is today the Dominican Republic. The collection contains birth, marriage, and baptismal records from Mother Bethel African Methodist Episcopal and St. Peter’s Evangelical Churches in Samaná, Dominican Republic, ranging from 1909 to 1970.

(JSTOR)
Manuscripts from the 17th to 20th centuries, including letters, literary manuscripts, and other materials documenting Cuba’s history and culture.

(JSTOR)
Carlos Sandoval worked in animated cartoon production in Mexico for nearly 60 years, contributing to such cartoons as Rocky and Bullwinkle, The Flintstones, and Superman. This collection gathers selections from his Christian ministry, for which he drew cartoons and comic strips for the Christian Reformed Church in Mexico and for Mexican Christian publications.

US Government Documents about Cuba

(JSTOR)
This collection is composed of publications by the US government on the subject of Cuba. Materials include treaties, agricultural research reports, maps, and other content documenting the relationship between the US government and Cuba.

(JSTOR)
Known in Mexico as “ojas volantes,” or “flying pages,” these broadsides are a precursor to tabloid newspapers. They contain current events, sensational stories, gossip, opinions, and moral messages around popular topics such as miracles, supernatural occurrences, scandals, politics, tragedies, and natural disasters. The examples in this collection contain engravings by artist and lithographer Jose Guadalupe Posada (1852-1913). They provide a valuable portal into life in Mexico City in the early 1900s.