The Archive for Research in Archetypal Symbolism (ARAS)

The Archive for Research in Archetypal Symbolism has contributed more than 16,000 images documenting symbols, myths, and rituals to the Artstor Digital Library.

The Archive for Research in Archetypal Symbolism (ARAS) explores the universality of certain iconographies and themes, illustrating commonalities in the ways human beings across the world have thought about and represented different phenomena through time. Each image includes commentary that points to its unique cultural history and contextualizes it within larger archetypal patterns and historical developments. The collection provides a resource to explore the power of symbols and it supports interdisciplinary research in the humanities, including the interpretation of images in psychotherapy and dreams.

The history of the ARAS archive began in 1933 when Dutch scholar Olga-Froebe Kapteyn started collecting original illustrations of ancient symbolic artifacts. The collection grew over the next decade as she added images that illustrated the themes of the Eranos Society’s (dedicated to humanistic and religious discourse) annual conferences. Led by Kapteyn, these conferences brought scholars from many disciplines together to discuss broad topics, such as “Man and Time.”

In 1946, Kapteyn’s collection was donated to the Warburg Institute in London, with duplicate photographic copies given to the Bollingen Foundation in New York. This second archive was later acquired by the C.G. Jung Foundation of New York and re-named the Archive for Research in Archetypal Symbolism. 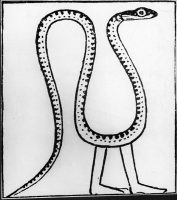