The School of Architecture at the University of Texas at Austin has contributed approximately 215 images of Central European architecture photographed by faculty member Christopher Long to the Artstor Digital Library.

Professor Long studied at the universities of Graz, Munich, and Vienna, and he received his Ph.D. at the University of Texas at Austin. From 1994 to 1995, he taught at the Central European University in Prague. His interests center on modern architectural history, with a particular emphasis on Central Europe between 1880 and the present. He has studied questions of cultural representation in architecture, the larger ideological context of late nineteenth- and early twentieth-century architectural theory, and the development of architectural education. Professor Long’s interests also include modern design in Austria, the Czech lands, and the United States. He has worked on several exhibitions and publishes widely on a diverse range of subjects. Recent books include: Případ Adolf Loos., 2017; Adolf Loos on Trial, 2017; The New Space: Movement and Experience in Viennese Modern Architecture, 2016; Kem Weber: Designer and Architect, 2014; Paul T. Frankl: Autobiography, 2013 (edited, with Aurora McClain); Josef Frank: Schriften / Josef Frank: Writings. 2 vols., 2012 (edited with Tano Bojankin and Iris Meder); The Looshaus. New Haven and London, 2011.

The University of Texas at Austin’s School of Architecture offers degree programs in architecture, architectural history, community and regional planning, historic preservation, interior design, landscape architecture, sustainable design, and urban design. The school’s Visual Resources Collection is comprised of a growing collection of digital images and slides that support the teaching and research needs of the school’s faculty members and students. 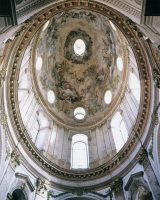