The Cleveland Museum of Art

The Cleveland Museum of Art has contributed more than 6,000 images of works from their permanent collection to the Artstor Digital Library.

The museum holds nearly 50,000 objects, spanning the world’s cultures and history. The collection of Western art begins with the ancient Near East, Egypt, Rome and Greece, and progresses through Medieval and Renaissance Europe, 18th- and 19th-century European and American art, Impressionism, Modernism, and Contemporary art. The comprehensive collection of Asian art includes works from China, Japan, Korea, India, the Himalayas, and Southeast Asia. There are also notable smaller collections of Pre-Columbian and African art.

The Cleveland Museum of Art was established in 1913 “for the benefit of all the people forever.” Thus, when the building was completed and filled with works of art in 1916, the museum opened its doors to people of the city of Cleveland free of charge. The museum has expanded several times,  including in 2011, to accommodate the growth of its permanent collection and educational activities. The most recent expansion incorporates the original 1916 Beaux Arts building and the 1971 addition by Marcel Breuer in a design by Rafael Viñoly that integrates the components around a central courtyard, expanding the museum facilities and creating a new civic space for the people of Cleveland. 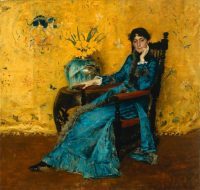