The George Eastman Museum has contributed more than 20,200 images to the Artstor Digital Library. The extensive selection in Artstor represents every aspect of photographic history and innovation, from daguerreotypes through to the late 20th century landscapes of John Pfahl. 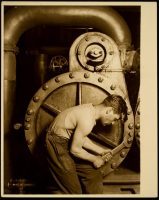