The Jean Charlot Collection at the University of Hawai’i’s Manoa Library in Honolulu has contributed approximately 300 images of artworks by Jean Charlot (1898-1979) to the Artstor Digital Library.

The images include a selection of Charlot’s works from private collections and institutional holdings (with cataloging information contributed by The Jean Charlot Collection). Support for the preservation, documentation and digital photography of many works has also been provided by Foundation. The Collection acknowledges the participation of the Visual Resources Librarian of the University’s Department of Art and Art History in the selection, and the assistance of the Manager of the Jean Charlot Estate LLC who also granted permission to reproduce the works shown.

Charlot was born in Paris and died in Honolulu. Known as an artist, teacher and scholar, he was also a critic, poet, and playwright. His artistic output and his writings were prodigious. Wherever he lived— France, Mexico, New York, Georgia, Colorado, Hawai’i or Fiji—he associated with artists and writers, indigenous and working people, educators and the Roman Catholic Church. He observed precisely, and wrote frankly and succinctly, often wittily. His oeuvre and biographical materials became the basis of the Jean Charlot Collection. Donated for purposes of education and research to the University of Hawai’i by his widow Zohmah Charlot (1909-2000) and opened in 1983, the Collection serves scholars, artists, students, and amateurs.

The Collection includes materials on Mexican art and archaeology; resources on mural painting, especially the fresco technique he employed; the records of his association with Paul Claudel; and diverse subjects—printmaking, liturgical art, portraiture, children’s book illustration, Hawaiian history, language and culture—that relate to his body of work. Charlot was known for his innovative color lithography, and the Collection holds a master set of his prints. His interest in popular art is shown in collections he formed of 18th and 19th-century prints, etchings and chromolithographs of the Mexican José Guadalupe Posada; the lithographs of Henri Daumier; and European vues d’optique. In keeping with Charlot’s vision, the Archives of Hawai’i Artists and Architects has been established and holds the papers of individuals he came to know after he arrived in Hawai’i in 1949. 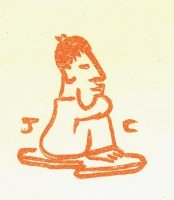