The Josef and Anni Albers Foundation has contributed more than 2,000 images of works by the artists (as well as photographs taken by Josef Albers) to the Artstor Digital Library.

The selection includes more than 300 paintings and studies by Josef Albers, particularly his famous Homage to the Square series, and nearly 900 drawings, prints, and other works on paper. There are also 350 drawings, prints, and textiles by Anni Albers. In addition, the Foundation has selected 550 personal photographs and photo collages relating to both artists, and their families and friends, which include such well-known figures as Paul Klee, Wassily Kandinsky, and Diego Rivera. Of note are the travel photographs taken during the couple’s journeys to Mexico and Latin America between 1934 and 1967, which deeply influenced their respective work and inspired them to collect Pre-Columbian art and textiles.

The Josef and Anni Albers Foundation was established as a nonprofit organization in 1971. Located in Bethany, Connecticut, the Foundation is devoted to preserving and promoting the legacy of Josef Albers (1888 -1976) and Anni Albers (1899 -1994), both recognized educators, artists, and designers, as well as the aesthetic and philosophical principles by which they lived. It maintains a collection of work by both artists, and a supporting library and archives. The Foundation provided the cataloging information for the images displayed in the Artstor Digital Library. 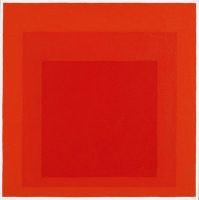