The Museo de Arte de Ponce has contributed nearly 150 images of its celebrated permanent collection to the Artstor Digital Library. The selection includes highlights from the museum best known for its European, Pre-Raphaelite, and Caribbean paintings.

In 1959, the museum opened in a colonial house in the town of Ponce near San Juan, Puerto Rico with the founding collection of 72 works, notably paintings, belonging to the local industrialist and former Governor Luis A. Ferré (1904-2003). Beginning in 1956, Ferré began collecting in Europe with the guidance of two scholars, and he presciently acquired works before they peaked with critics and other collectors, most effectively from the Pre-Raphaelite school. The museum currently holds about 4,500 works and pursues an active acquisitions policy. It is the most important collection of European art in Latin America, with an emphasis on Spanish Golden Age and Italian Baroque works, in addition to the Pre-Raphaelites, featuring many iconic artists. Equally important is the Puerto Rican art collection, which ranges from the 18th century to the present day and also includes great masters.

In the early 1960s, Ferré commissioned the American Modernist architect Edward Durell Stone to design a new home for the museum, which opened in 1965. Stone’s award-winning building was expanded in 2008-2010. In 2017, following the devastation of Hurricane Maria, the museum, virtually unharmed except for the grounds, remained open to the community free of charge. 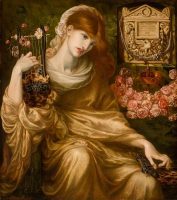