The Peabody Museum of Archaeology and Ethnology (Harvard University) is contributing more than 95,000 additional images of objects from their permanent collection to Artstor, bringing the total selection to approximately 143,000. Featuring the cultural artifacts of Africa, Native North America, South America, Europe, Oceania, and Asia the collection is encyclopedic.

The Peabody Museum is one of the oldest anthropological collections in the world. It was founded in 1866 through the efforts of the paleontologist Othniel Charles Marsh (1831–1899) who encouraged his uncle, George Peabody (1795–1869), to donate the funds necessary to endow a museum to document the remains of early man in America.

With holdings of nearly 1.5 million objects, the Peabody Museum began with some fifty specimens, all of which fit into a single display case. The museum’s archaeological objects dominate the permanent collection, with particular strengths in North, Central, and South America. Though smaller in number, the ethnographic collections have established the museum’s reputation as a pre-eminent repository of anthropological objects relating to Native American, Pre-Columbian, African, Oceanic, and Asian cultural groups. There are also extensive archival collections that document the museum’s holdings and its history, as well as the development of anthropology as an academic discipline.

This collection provides an inclusive and broad resource on global cultures and art, notably of indigenous peoples, as well as Anthropology, Archaeology and Identity Studies. 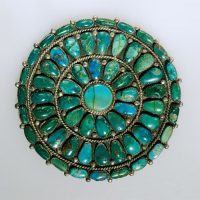