The Walters Art Museum has contributed more than 5,300 images of its permanent collection to the Artstor Digital Library, including paintings, drawings, sculpture, and decorative arts from around the world and across the ages.

The Walters Art Museum holds more than 36,000 works, a comprehensive collection ranging from the 3rd millennium BCE to the early 20th century. Its collection includes the ancient art of Egypt, Greece, and Rome, European art from Medieval through to 19th century, American, Asian and Islamic art, as well as outstanding manuscripts and rare books — areas broadly represented by the selection in the Artstor Digital Library.

The Walters Art Museum originated from the private collections of William T. Walters and his son, Henry. From the 19th to the early 20th centuries, they collected a diverse range of objects, encompassing ancient Roman sarcophagi contemporary European paintings, and much in between, amassing nearly 22,000 objects and works of art. As early as 1874, William Walters opened his Baltimore residence for public viewing of his collections. His son purchased several other properties with the goal of establishing a permanent art gallery. Upon his death in 1931, Henry Walters bequeathed the core of his collection to the City of Baltimore “for benefit of the public.” In 2000, The Walters Art Gallery was renamed The Walters Art Museum to better express its public mission. With grants from the City of Baltimore and Baltimore county, the Museum instituted a free admission policy both for general access and special exhibitions. 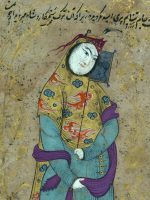