The Yale Peabody Museum of Natural History has contributed nearly 11,200 images — of its permanent collection and from its photographic archives — to the Artstor Digital Library.

The selection in Artstor includes highlights from the Museum’s natural history collections, notably dinosaurs and mammals, as well as depictions of the same in the famous murals that adorn the Museum’s Great Hall—The Age of Reptiles and The Age of Mammals by Rudolph Franz Zallinger (1919-1995). Examples of African art and ritual objects are also included. The contribution is enriched by thousands of images from the Museum’s archival collections, mostly of archaeological and ethnographic objects. Featured collections include The Irving Rouse Archive of Caribbean Archaeology, documenting excavations in Antigua, Cuba, Haiti, Puerto Rico, Trinidad, and other Caribbean islands.

The Yale Peabody Museum of Natural History was founded in 1866, through a gift from philanthropist George Peabody. Peabody’s nephew, Othniel Charles Marsh—who had persuaded his uncle to make the donation—was the first director of the Museum and the first Professor of Paleontology at Yale University. After Peabody’s death in 1869, Marsh used the inheritance from his uncle to assemble a collection of animal specimens, archeological objects, and ethnological artifacts which he donated to Yale University, further enlarging the Museum’s collections. By 1925, the Museum moved to its current location, which boasts a two-story Great Hall large enough to display Marsh’s massive dinosaur skeletons. Today, the Museum’s permanent collection includes over 13 million specimens documenting more than 4 billion years of geological, biological and human history. 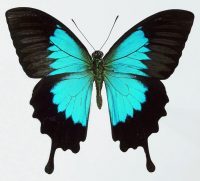