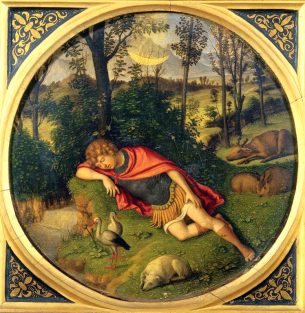 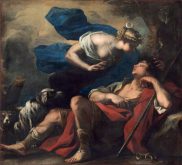 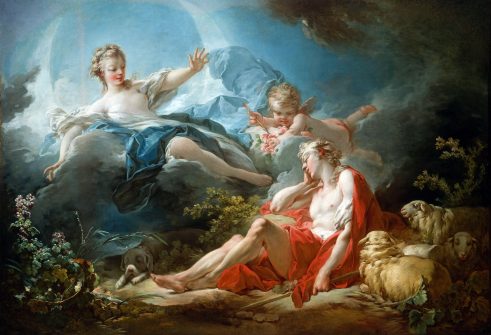 Saint George’s Day is celebrated on April 23. I know this because as a child I was obsessed with the world of make-believe. While my sister was collecting books on the natural sciences, I had a whole shelf devoted to children’s versions of Greek mythology, fairy tales, and folklore. The stories I loved best involved magic and monsters. To this day my mother will buy me used books if they have a dragon on the cover. And this is where Saint George comes in.

In the 13th century, Jacobus de Voragine wrote in The Golden Legend that Saint George was a Christian knight who in his travels came across a city called Silene that was being plagued by a dragon that lived in its pond. Silene’s inhabitants were forced to appease the monster by sacrificing their children. The victims were selected through a lottery system, and one day it was the king’s own daughter who drew the last lot.

On this day: The founding of Rome

Twin brothers Romulus and Remus founded Rome on April 21, 753 B.C. on the site where they were suckled by a she-wolf as orphaned infants.

According to the legend, the twins were the sons of Rhea Silvia and the war god Mars. Fearing that they would claim his throne, Rhea’s uncle Amulius ordered them drowned in the River Tiber. Thanks to help from the river deity Tiberinus, the twins were safely washed ashore at the foot of the Palatine hill, where they were suckled by a she-wolf. They were rescued by a shepherd, who raised them as his own. Once grown, the twins killed Amulus and went on to found a town on the site where they had been saved. After a disagreement on the exact location of the site, Romulus killed by his brother and became ruler of the settlement, which he named “Rome” after himself.

The image of the 16th century sculpture of the she-wolf nursing Romulus and Remus comes to us from Art, Archaeology and Architecture (Erich Lessing Culture and Fine Arts Archives), the Casali Altarpiece from the 2nd century C.E. comes from Italian and other European Art (Scala Archives), and Nicholas Mignard’s 17th century painting comes from the Dallas Museum of Art Collection. Search for Remus and Romulus to find many more related images, including the series of prints by Giambattista Fontana from the Fine Arts Museums of San Francisco Collection.