Over the years, educators, librarians, and researchers at all levels, from secondary schools to graduate programs, have shared with us how they use Artstor in their teaching and research. We’ve gathered some of our favorites here, touching on topics as varied as medicine, ethnic studies, women’s studies, and more. Tuskegee University Archives recently released new recordings from the Tuskegee Civic Association records that feature prominent leaders of the Civil Rights Movement. These speeches, addressing the Tuskegee community, fill in historical gaps to illuminate the relationships between leaders and their constituents.

The collection was digitized from reel-to-reel tape under the care of university archivist Dana Chandler and made available through funding by the Andrew W. Mellon Foundation to the Council of Independent Colleges. The recordings are freely available to listen to in Artstor’s public collections.

ET: First, can you speak a little about your history with the Archives at Tuskegee?

DC: I’m in my eleventh year. I’d first visited in 1972—my parents brought us down here to see Carver’s laboratory, and I fell in love with the place then. I did not ever expect to work here. The opportunity kind of fell into my lap, and I have been able to, I think, develop the Archives into a viable place for researchers to come from the US and all around the world to work on the materials to fill in some blanks that have been evident for a long time about the history of the Civil Rights Movement and the history of Tuskegee as a whole, as well as the work of African Americans, how successful they really were during the time of Jim Crow Laws and laws of segregation.

When you think about Tuskegee, you think about George Washington Carver, Booker T. Washington. You think about the Tuskegee Airmen, and maybe something called the Syphilis Study, which did not happen here on the campus. But it is much more than those things. The first Extension Agent to the US Federal Government came from Tuskegee—not just the first black agent, but the first Extension Agent came from Tuskegee University—the first African American Hospital in Alabama; the first school to offer a four-year degree in nursing in Alabama; the first African American woman to win a gold medal at the Olympics, Alice Coachman Davis, went to Tuskegee. And believe me, I could go on and on ad nauseam about the stuff that’s here. In the 13th century, southwestern France gave birth to several hundred new planned towns, partly to replace villages destroyed in the Albigensian Crusades and partly to revivify a stagnating economy and tame areas of wilderness¹. Some were designed as fortress communities, while others were laid out as simple agricultural villages. The great majority, however, had a different function. Known as bastides, they were created as market towns with the aim of concentrating the population in secure places for ease of administration while returning a profit to their sponsors. Their founders were the great feudal lords of the region: kings, dukes, counts, and viscounts. 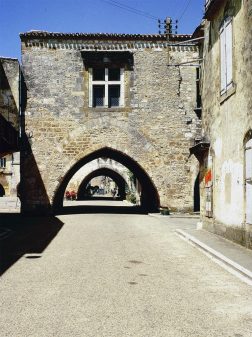 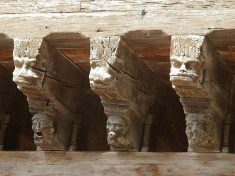 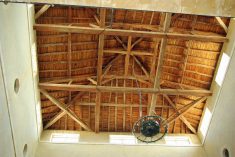 Editor’s note: this post has been updated to reflect the name change from Shared Shelf to JSTOR Forum. 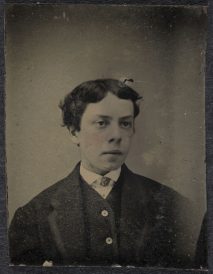 A gem tintype of James Armstrong Canfield, Form of 1871 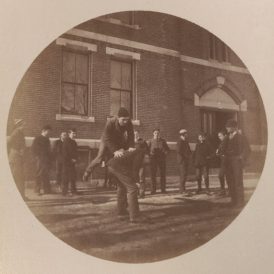 When I first started looking at software for cataloging our archives photo collection back in 2010, I remember wishing I could find a solution that was just like Artstor – something that combines both a visually rich user experience with the sophistication of professional metadata standards. It took a few years, but it was as if the folks at Artstor read my mind and made my wish come true, when in the fall of 2015 our school was given the opportunity to be one of the first high schools to implement Shared Shelf.

Editor’s note: this post was updated to include current information about Artstor’s platform for public collections.

At the end of 1917, the Federated Home & School Association of Santa Rosa sent a recommendation to the local Board of Education to form a junior college. The following fall, Santa Rosa Junior College offered its first classes at the Santa Rosa High School. Its student body numbered only 19, with eight educators. It would take another 13 years before the College could boast a faculty of its own.

While the primary motivation for patrons of religious architecture and decoration was to gain or retain God’s grace, Florentine tomb monuments manifest a conflicting mix of piety and social calculation, reflecting tension between Christian humility and social recognition. Though some city churches still house many tombs, most of the thousands of original monuments have been moved, reused, or survive only in fragments. From the mid-thirteenth-century onward, Florence’s churches, both inside and out, were carpeted with floor slabs, coated with wall monuments, banners, and markers, and filled with stone caskets. Benefactors hoped to secure perpetual intercession for their souls, while preserving and promoting their family’s honor, with families typically installing tombs in multiple locations around the city. My research reconstructs the rich mosaic of tomb markers that once covered the floors, walls, and yards of the Florentine cityscape to bring us closer to how Florentines experienced the deaths and memories of their kin, friends, and competitors in the early modern city.

Wrapped Up in Lace: Chantilly

The small town of Chantilly, France, is home to Chantilly Castle, an architectural wonder of sandstone, antiquated fountains, and enchanting gardens. Here is where lace, my research niche and mild obsession, takes center stage. The traditions and skills used in lacemaking date back to early as the 16th century Europe where the nobility commissioned workers to create dresses, parasols, shawls and gloves in beautiful openwork fabric. Coco Chanel once said, “Lace is one of the prettiest imitations ever made of the fantasy of nature,” and we have Chantilly to applaud for its origins.

Historian Constance Green characterized Washington, D.C. in the early 1900s as the “undisputed center of American Negro civilization” in her 1969 book Secret City: History of Race Relations in the Nation’s Capital. This was America before the Harlem Renaissance, in which the average percentile of the capital’s black population ranged from 25-33% throughout the nineteenth century. This population peaked between 1960 and 1990. This black Washington spans from the antebellum period through abolitionism, Reconstruction, Jim Crow, Civil Rights, Black Power, Parliament’s “Chocolate City,” and the so-called “post-racial” Obama era.

Marlene Nakagawa, Undergraduate student at the University of Oregon

During his ongoing series of campaigns, Alexander the Great founded or renamed nearly twenty cities after himself. From Pakistan to Turkey, these cities stood as a representation (as if one was necessary) of his omnipresence in the ancient world. Over the centuries, most of the Alexandrian cities have been destroyed, renamed, or absorbed into other territories. However, west of the Nile Delta stands Alexander’s lasting triumph: Alexandria, Egypt’s largest seaport and a dynamic force in the country’s ancient and modern economy.

Posted in
Case study
12Next ›
RSS