The Roy Lichtenstein Foundation has awarded $75,000 to Artstor in support of the James Dee Archives project. The Archives are composed of approximately 250,000 slides, transparencies, negatives, and photographs documenting contemporary art in New York City over the last four decades, and Artstor is digitizing and maintaining the archive for use in research and education. The gift will support the processing of the collection, developing crowdsourcing software for collaborative cataloging, and the outreach to galleries and individuals who would be helpful in interpreting the images.

The infinite variety of artists’ books Whether you consider illuminated manuscripts from the Middle Ages the beginning, or you start with William Blake’s self-published books of poetry in the 18th century, artists have been making books for centuries. But as Toni Sant recounts in his book Franklin Furnace and the Spirit of the Avant-garde, the term “artists’ books” is fairly recent. It only appeared in 1973 as the title of an exhibition at Moore College, and it wasn’t until 1980 that the Library of Congress adopted the term in its list of established subjects.

This delay might stem from the infinite variety of forms that artists’ books take, sometimes pushing our understanding of what a book is to unexpected extremes.

The art of looking slowly “I didn’t know how to look at art,” Phil Terry, founder and CEO of Collaborative Gain, confessed to ARTnews a few years ago. “Like most people, I would walk by quickly.” As the article points out, a study in Empirical Studies of the Arts estimates that museumgoers spend an average of just 17 seconds looking at an individual painting. But with Slow Art Day, Terry might just be changing those statistics.

It all started in 2008, when Terry decided to try an experiment at an exhibit at the Jewish Museum. Instead of rushing through the show glancing at everything, he looked at just a few works, slowly. He found that he loved it. 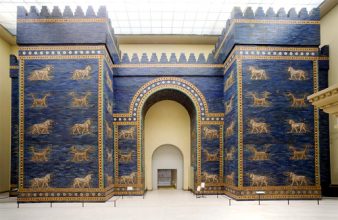 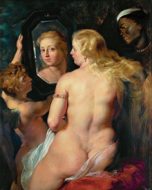 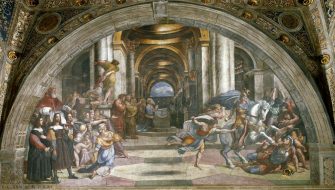 We had another busy year at the Artstor Blog, with 161,000 visits in 2014. What were people clicking on? Here’s the list of the top ten most popular posts from last year:

The endangered art of bookplates Despite entreaties to the contrary, the debate about e-books vs. printed books doesn’t seem to be going away anytime soon. Traditionalists frequently tout the sensual pleasures of paper (smell, which doesn’t have much to do with reading, comes up often), while readers of electronic devices usually point to convenience. There have even been studies about which format is better for comprehension and retention.

One thing that never comes up? Bookplates! Laugh if you want, but those small decorative labels with the book-owner’s name can be quite beautiful, and we haven’t yet seen an e-reader with one. Take a look at these examples from the University of Delaware’s William Augustus Brewer Bookplate Collection to see what they’re missing. Antonio Canova began working on Pauline Bonaparte as Venus Victrix in 1805, the same year that Pope Pius VII appointed him Inspector General of Fine Arts and Antiquities for the Papal State. By this point, Canova’s reliance upon classical sources, idealized perfection of the forms, fluidity of line, graceful modeling, and exquisitely refined detail had solidly established his reputation as the preeminent sculptor in Europe.

Venus Victrix is an outstanding example of the neoclassical style, which was influenced by the archeological discoveries in Pompeii and Herculaneum and considered the works of the Greeks and Romans to be the pinnacle of artistic achievements. The life-sized reclining nude exemplifies Canova’s superlative technique; the modelling of the form is both idealized and extraordinarily realistic, while Canova’s treatment of the surface of the marble captures the soft texture of skin. This luster was enhanced through a patina of wax and acqua di rota, and it was once set upon a rotating mechanism, which allowed the static viewer to observe it from all angles.

Yet the sculpture’s owner, Prince Camillo Borghese, refused to allow the sculpture to be displayed and would only show it to close acquaintances by torchlight. How did this come to happen?

Leonardo’s Last Supper through the ages

I continually come across astounding images when crafting our resources for use in the AP® classroom; they serve as a reminder that a work of art is often subjected to dramatic events. Moreover, that these images stem from so many different places underlines the special value of the Artstor Digital Library.

Recently, in gathering the 24 images to support the teaching of Leonardo’s Last Supper, I found that we had seamlessly accessed eleven different repositories, from the Royal Library in Windsor Castle to the Musée national de la Renaissance–Château d’Écouen.

Posted in
Primary and secondary schools With the recent news that the Vatican’s Swiss Guard is releasing a book of recipes, I’m again hearing the myth, perpetuated by Dan Brown among others, that Michelangelo designed the uniforms of the Guard at the behest of his patron, Julius II.

Come tomorrow evening, droves of miniature monsters will haunt our neighborhoods, jack-o-lantern-shaped candy bowls in tow. Amongst the groups of trick-or-treaters, though, one spooky creature will likely be absent: the mummy, which, despite being the star of many a horror film, never seems to be a Halloween costume favorite.

My guess as to why the mummy costume has never attained the cult status of, for example, the ghost is a purely pragmatic one. Dressing up as a mummy is a difficult task; cutting eyeholes into a white sheet is pretty straightforward. This is a fact that my own failed childhood attempt at dressing up as a mummy—which ended in my mother watching the rolls of gauze bandages she had dutifully wrapped around me immediately unravel—confirms.

An Egyptologist, however, might answer this question differently. For though the mummy of horror cinema is unrestful and vengeful, rising from the tomb to wreak havoc upon the living, in reality mummification was nothing more than a sophisticated burial ritual, meant to help lead the deceased to a peaceful afterlife.