This curriculum guide introduces the student to the basic problems, methods and theories of western philosophy.  It looks at issues in the theory of reality, knowledge and ethics. This includes some of the main problems in the philosophy of mind, religion, and action. It begins with a look at some of the tools and methods of philosophy, such as deduction, induction, and definition. Images allow students to envision real and imaginary examples of the problems and theories in philosophy, as well as provide an engaging visual “anchor” to aid in their retention. This curriculum guide explores a wide range of perspectives on the colonial period in Latin America. This includes encounters of the Spanish and the Portuguese (as well as the Dutch) with indigenous populations in Mexico and South America. By analyzing these images alongside readings, the student will gain a fuller sense of the mindset of the participants in each historical event and, ultimately, a fuller sense of the historical event itself.

Section 1: The Age of Encounters: Impressions of the New World
Images for this selection address European impressions of the New World in the earliest years of the Spanish encounters with Latin America. Most of these images were produced by those who had no direct contact with Latin America and thus are both fantastical and reflective of pre-contact mindsets in Europe.
View the image group

Section 2: Iberian Precedents: The Legacy of Convivencia in Spain and Portugal
Images for this selection examine in detail the precedents for the conquest of the New World set by the Muslim occupation of the Spanish peninsula from 711-1492 and the subsequent Spanish reconquest of the peninsula. These images include reference to popular figures, such as Santiago Matamoros, and building styles that would appear in Spain and Latin America as a result of the convivencia.
View the image group

Navigating the tremendous number of images in the Artstor Digital Library can be daunting, particularly to those in fields outside of art history. Where to start looking for images for, say, an Introduction to Philosophy class? To address that hurdle, we are introducing curriculum guides – collections of images from the Artstor Digital Library based on syllabi for college courses.

Together again: the complete “Migration” series by Jacob Lawrence

Jacob Lawrence, The Migration of the Negro Panel no. 3: In every town Negroes were leaving by the hundreds to go North and enter into Northern industry, 1940 – 1941. Image and original data provided by The Phillips Collection, © 2005 Estate of Gwendolyn Knight Lawrence / Artists Rights Society (ARS)

Jacob Lawrence painted “The Migration of the Negro,” a series of 60 small panels describing the passage of African-Americans from the rural South to the urban North, in 1940 and 1941. The works combined the vibrancy of modernism, the content of history painting, and the urgency of political art. The electrifying results catapulted the young artist into fame and the history books.

Lawrence saw the series as a single work, but a year after its completion the Museum of Modern Art acquired the even-numbered pictures and the Phillips Collection in Washington the others, and opportunities to see all the paintings together have been rare. Which is a pity. As art critic Holland Cotter wrote in The New York Times, “…only in the complete series can we fully grasp the sinewy moral texture of art that is in the business of neither easy uplift nor single-minded protest.”

Get the most out of the Artstor Digital Library

Start the school year off right by registering for a free Artstor Digital Library account. Among the many benefits: you can organize images into groups, export these groups as PowerPoint presentations or download them in zipped files, share them with other users at your institution, add searchable annotations to individual images, and access the Digital Library away from campus or on your mobile devices.

To register, simply visit library.artstor.org from your institution, click on Register on the upper right corner, and fill out the required fields. You’re done! Now you can log in from anywhere. Remember: You will need to log in to your registered user account at your subscribing institution once every 120 days to maintain your remote access. 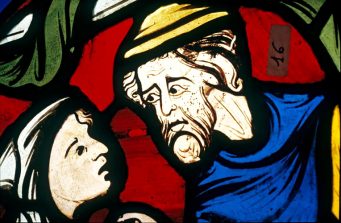 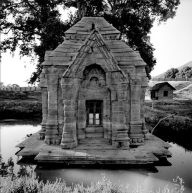 Hindu temple at Pandrethan, back side of temple, Ca. eighth to ninth century, Jammu and Kashmir, India. The John C. and Susan L. Huntington Archive of Buddhist and Related Art, The Ohio State University 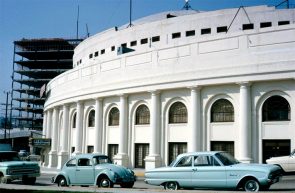 I’m writing to announce a call for collection-building proposals focused on at-risk archives of individual scholars. The Artstor Digital Library includes many image collections from individual scholars who have built important archives in support of their work.  Now, we are launching a project to preserve and increase the availability of these at-risk collections by inviting the Visual Resources community, which supports many such scholars, to identify and submit proposals for Artstor to provide some modest financial support to digitize and catalog some of these collections.  Artstor would then maintain the collections and make them available through the Artstor Digital Library as well as through open access initiatives (especially the Digital Public Library of America, with whom we have worked as a content hub since their April 2013 launch).

Aubrey Beardsley was born on August 21, 1872. Despite dying of tuberculosis at the young age of twenty-five in 1898, the artist managed to have a brilliant career full of controversy and scandal. He shot to fame with his illustrations for Thomas Malory’s Le Morte D’Arthur in 1893, and then became notorious for his illustrations for Oscar Wilde’s Salome (1894).

Recurring images throughout his career follow two seemingly incongruous paths. There is an emphasis on sly, clever wickedness; a youthful disregard for propriety; and an interest in the perverse and profane. Overlapping imagery of melancholia and death lead the second path. These two broad and inconsistent currents each render distinct images of the same artist who was drawn to scandal and associated himself with the 1890s Symbolist crowd often scorned by the arts elite and general public alike. 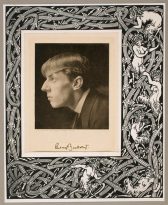 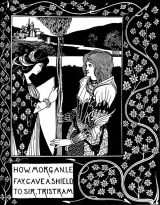 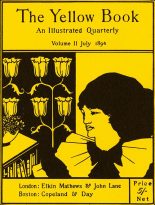 The images in this post come from the Minneapolis College of Art and Design and George Eastman House collections in the Artstor Digital Library.

Narrow your results and find what you’re looking for

Ah, the problems of having 2.5+ million images to choose from: your keyword search might get you too many results! Not to worry—just filter your results!

Refine your search results by clicking on collection type, geographic area, classification (i.e. media), contributor, or date range on the filtering panel on the left of the page with your results.

You can click “Clear” next to the filter heading to go back to your full list of results. Learn more on our support site.